ANNAPOLIS — Every year around this time, Thanksgiving reminds many Americans of the relationship between Native Americans and Pilgrims who shared a meal hundreds of years ago.

But in Maryland, today’s Native Americans are not as well-known.

There are more than 20,000 Native Americans living in Maryland, according to the most recent census, and there are eight indigenous tribes who form and operate communities just like any other group.

Still, these indigenous tribes are bereft of economic and cultural benefits afforded to minority groups and other Native American tribes that have obtained recognition.

“It’s kind of an insult when you grow up as something and the government says you’re not one,” said Chief Joseph Crow Neale of the Youghiogheny River Band of Shawnee Indians in Garrett County.

Still, he has chosen not to pursue state recognition for his tribe.

“I don’t want to become a ward of the state,” he said. “I’m interested in the dignity part of it.”

There is a legal process for tribes to obtain state recognition and individuals can identify themselves as Native American without worrying about regulations. Still, there are certain benefits for Native Americans who are members of a recognized tribe.

For many of Maryland’s tribes, this process is too expensive and time consuming because it requires hiring historians to obtain records from more than two centuries ago.

The Accohannock Indian Tribe, which has submitted a petition that is currently under review, paid almost $250,000 over the past 18 years to gather the information required, according to the tribe’s chief Rudy Laughing Otter Hall.

“We are the only minority in the country that has to prove who they are,” he said.

The regulations for obtaining federal recognition require the tribe to identify itself as a Native American tribe that has continuously existed since before 1900, as opposed to 1790 in Maryland. Federally recognized tribes follow a different set of regulations and are eligible to receive services from the U.S. Bureau of Indian Affairs.

This difference between the two sets of regulations prompted state lawmakers to introduce two bills that would allow tribes that can prove they have continuously existed since 1900 instead of 1790 to obtain state recognition. Neither of the bills passed the General Assembly in 2009.

The petition did not reach the governor’s desk until 2003, when it was denied. The petition was subject to review by the Secretary of Housing and Community Development when it was originally submitted in 1995, which delayed the transmission of the petition to the Governor. That step has since been eliminated from the process.

Former Gov. Bob Ehrlich denied the petition on the grounds that it did not provide documentation that the tribe was a continuous Native American community from before 1790 to the time of the petition, according to the letter from the Attorney General’s office.

Rico Newman, a member of the Piscataway Conoy Tribe said this was an unrealistic expectation because Native Americans during that period were illiterate. Instead, that information would have to be found in government records from that period.

“You’re relying on getting information from somebody looking to do their worst to you,” he said, referring to past conflicts between Native Americans and the United States.

Newman said the tribe would not submit another petition.

“We have no intention of resubmitting the petition,” he said. “What we are pushing for is for the state to review what happened the first time.”

“It was another thing that just dragged us down,” he said. “We could not discuss Native American state recognition without somebody focusing on gaming.”

Establishing gaming, however, is only permissible for federally recognized Native American tribes with land, and the tribe must first sign a contract with the state, Newman said.

Due to the Indian Arts and Crafts Act, only members of state or federally recognized Native American tribes can market their arts and crafts as “Indian made,” according to the Department of the Interior A 2010 amendment to the act gives a possible fine of up to $25,000 to first-time small-scale violators. Businesses or large scale violators could be fined up to $100,000.

While the law was designed to protect Native Americans, it has made attracting visitors more difficult for unregistered tribes.

“The interest in our own natural native heritage is very strong,” she said. “It would certainly help heritage tourism in Maryland.”

Most active Native Americans in Maryland live normal lives and work normal jobs, but some meet regularly to hold ceremonies and practice their culture.

“We are mostly focused on keeping our traditions and our culture from disappearing” said Neale. “We’re not trying to make money or entertain anyone.”

Neale is living temporarily on the 3.5-acre property that a farmer donated to his tribe. The tribe uses the property to farm traditional Native American plants and hold its ceremonies.

“A lot of our life isn’t in the spotlight,” he said. “We’re still Indians and we’re still doing our thing, but nobody tends to care.” 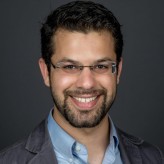