After unexpectedly losing in the NCAA National Championship game, she has a new motto: New team, new season.

“We may be young, but we have the depth,” said Dipper, who was named National Goalie of the Year by several lacrosse groups and is one of four preseason All-Americans on the Terps’ 2012 roster. “We have a lot of young girls that are stepping up big time.”

Dipper and the Terps will look to rebound from a near-perfect season that ended in a disappointing fashion. After winning the national championship in 2010 and all but one of their regular season games in 2011, Maryland lost by a goal to Northwestern University in the championship game.

Dipper said she and her teammates are “hoping and planning on being back there.”

Jason Murphy, who covers Women’s Lacrosse for WMUC Sports, said he has no reason to believe that the Terps aren’t capable of getting back to the title game, if not winning it altogether.

“Coach Cathy Reese is bringing in some of the best players in the country,” said Murphy, adding that this year’s recruiting class was chosen by Inside Lacrosse magazine as the best in the nation.

The Terps returned top scorer Katie Schwarzmann (65 goals) and Karri Ellen Johnson (39 goals), who Murphy called the team’s best player. Johnson missed the second half of the season due to injury, which makes the Terps’ run to the title game last year all the more impressive.

“A healthy Karri Ellen Johnson, the return of 2011 WomensLax.com goalie of the year, Brittany Dipper, for her senior campaign, and Schwarzmann with another year of experience under her belt, combine for a very strong core group of leaders,” said Ashley Gersuk of WomensLax.com.

“The Terps have depth at both ends of the field, a solid freshmen class, and will be hungry after a one-goal loss in the national championship game,” she said.

Murphy has similar expectations for this season’s squad. Ultimately, he said, “They still have Big Dipper in the cage.”

Dipper had a standout junior season in which she started all 23 games, posted 141 saves, and led the NCAA with a 6.54 goals-against average.

But even with last year’s successes, Dipper said she’s focusing on ways she can improve and on keeping the pressure to succeed at bay.

“New team, new season,” Dipper said. “We’re hoping and planning on being back there.” 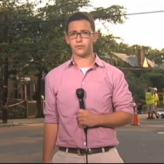 Louie Dane is a junior online journalism major at the University of Maryland's Philip Merrill College of Journalism. In his first semester at Capital News Service, Louie works primarily in social media editing and website editing. He also spends some time multimedia reporting. He was born and raised in New York City and is a die hard New York sports fan. He is also a brother of Lambda Chi Alpha Fraternity.