WASHINGTON – Women’s reproductive health would be compromised if an amendment to the Senate transportation bill allowing employers to deny health coverage for services they morally object to passes, a group of senators and health care professionals said Wednesday.

“This amendment could deny care to as many as 448,000 Maryland women,” said Mikulski in the news conference. “Rather than working to pass the transportation bill, which would create or save nearly 3 million jobs, including 10,000 in Maryland, Senate Republicans offered this amendment to continue the assault on women’s health care.”

“What does the Blunt amendment do? It allows any insurance company or any employer to deny coverage for any service they choose based on religious beliefs or moral convictions,” said Mikulski in a preview of her Senate floor speech, delivered Wednesday evening.

This amendment comes on the heels of President Barack Obama’s and the U.S. Department of Health and Human Services’ mandate requiring employers to provide workers with insurance covering contraceptives. The Obama administration later softened the mandate applying to hospitals and clinics run by religious groups to put the burden of providing the coverage on insurance companies.

Blunt’s amendment to the Patient Protection and Affordable Care Act  states that employers are not required to authorize care that is contrary to their beliefs and that a “health plan shall not be considered to have failed to provide timely or other access to items or services…because it has respected the rights of conscience of such a provider….”

It’s not only women’s health care that’s affected by Blunt’s amendment, Mikulski argued, but it has the potential to affect every person with a health care plan a family employer.

Blunt defended the change on the floor Wednesday saying the amendment to the transportation bill was a protection of the First Amendment’s right to freely exercise one’s religion.

Blumenthal called Blunt’s amendment “overbroad and vague,” and “a violation of the core principle of privacy…the right to be let alone.”

Karen Higgins, the co-president of National Nurses United, and Dr. Hal C. Lawrence, the executive vice president of the American Congress of Obstetricians and Gynecologists, represented the medical community at the news conference. Both criticized the amendment saying it would compromise the health of their patients if it passed.

“If the amendment proposed by Sen. Blunt passes, access to care will be made illusive, not only for women, but for many of my patients,” said Higgins. “We believe health care is a human right and should not be subject to employers and insurance company’s control over what health care decisions their employees can make.” 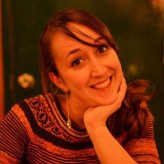