WASHINGTON – Gopost, a new product from the U.S. Postal Service, is coming to Maryland, giving nine-to-fivers the convenience of package delivery or posting at any time on any day.

The pilot program begun in Virginia is expanding to three locations in Prince George’s and Montgomery counties this month.

“We are trying to locate these where people shop already, so you are not making a special trip,” said Nan McKenzie, a retail services manager at the Postal Service. “You also get to choose your own time, and moreover you don’t have to stand in line.”

Gopost is an outdoor locker kiosk that is open at all hours, and features a touch screen that allows customers to send or receive packages in locations near high-traffic shopping areas. Packages are left in a locker for either postal workers or customers to pick up.

The seven original locations in Northern Virginia have seen thousands of packages change hands, according to the Postal Service.

McKenzie said one or two locations in Maryland may be added during the current pilot stage.

While the units are free to use, McKenzie said the Postal Service is looking at multiple models to determine whether to eventually charge for the service.

“At the end of the day this is technology that we do have to pay for,” she said.

Even though the Gopost units are unstaffed, the Postal Service does not believe the kiosks will replace postal worker jobs.

Sally Davidow, a spokeswoman for the American Postal Workers Union, said the union has for months asked for a briefing from the Postal Service on the new venture, but without success. However, Davidow did say from what it knows, it supports Gopost.

“We support anything that could serve as an added source of revenue for the Postal Service,” said Davidow.

“We really try and take the long view. We think that what is good for the Postal Service in the long view is good for postal workers and we don’t look at it, you know, simply from the point of view in the short run of, ‘Will this mean jobs for our members?'”

The Postal Service plans to use Web banners, direct mail pieces and materials in post offices to inform potential customers about the availability of Gopost.

However, the Postal Service may want to inform their employees first. A call placed to a College Park post office last week by CNS was met with confusion as to what Gopost was, and if it was part of the Postal Service.

Communication to employees may be on the back burner for now though, as the Postal Service continues to struggle economically.

“The question is,” Davidow said, “can we adapt to find the ways to keep the Postal Service vibrant to create new (jobs)?” 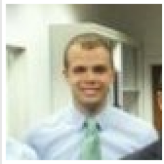