ROCKVILLE – When Army Cpt. Stuart Hobbs joined the military two years ago, he and his wife Vanessa Hobbs worried about the strain of moving, the possibility of long separations and whether she would be able to find work.

Not at the front of their minds: fears of infidelity, an issue highlighted by Gen. David Petraeus’ extramarital affair. But Stuart Hobbs said that the Petraeus case still highlights the pressures that military couples face.

“It definitely does say something about how tough it can be to maintain a relationship especially when you’re deployed like that,” said Stuart Hobbs, who lives in Rockville. “But to an extent, it does stereotype [military families] because I don’t think [infidelity is] as common as that would imply.”

Instead of infidelity, members of the military and their spouses said in interviews that they are more concerned about the difficulties of keeping up their careers when their partner’s assignments lead to moves every few years and family issues such as dealing with temporary single parenthood.

Military couples on average spend long periods of time apart, often with limited communication. Petraeus is an extreme example of this, as he spent more time than most military personnel overseas and away from his wife of 38 years, Holly, during his long military career.

Infidelity in the military is probably not as prevalent as people think, said Shelley MacDermid Wadsworth, the director of the Military Family Research Institute at Purdue University.

While it is hard to find solid research on military infidelity rates, recent studies on the military divorce rate show it’s similar to the average U.S. divorce rate. A 2012 Journal of Family Issues study found that, “Despite the fact that divorce rates have been rising within the military in recent years, service members are still no more likely to be divorced than comparable civilians.” Recent RAND Corporation studies also backed up this finding.

While military families said they don’t relate as much to the Petraeus infidelity issue, they do relate to anxiety over being separated.

Vanessa Hobbs said fear of potential deployments was one of the first things that came to her mind when her husband first talked of joining the Army. It turned out that as a biochemist who does research at the Uniformed Services University of the Health Sciences in Bethesda, Cpt. Hobbs is low on Army deployment lists.

Tara N. Gaston’s Navy submariner husband regularly spends long periods of time out to sea, and Gaston sometimes doesn’t hear from him for weeks. But she said a military marriage must come down to trust and communication.

“You can go to your day job and spend ten hours there and still be unfaithful to your partner,” Gaston pointed out. “Yes, being away for six months does make it slightly easier, but if the person’s going to do it, they’re going to do it.”

“I don’t think anyone is going to be unfaithful to their spouse in the military that wouldn’t be unfaithful otherwise,” she added.

Jan Brady, a seasoned Army wife whose retired brigadier general husband spent 30 years in the service, said she thinks unfaithfulness is just as common with civilians as it is with military members. She gave as an example incoming Lockheed Martin CEO Christopher Kubasik, who resigned over an affair with a subordinate on the same day as Petraeus stepped down.

“The military is a microcosm of the United States of America,” she said. “[Infidelity] is a shame but it happens. You know why? Because the military is headed by human beings.”

Military life is comparable in some ways to the dangers faced by police officers and first responders or the long separations required of fishermen and long haul truckers, said MacDermid Wadsworth.

“What’s unique about military families is that [their experiences] combine all these things at once: danger, separation, difficult physical work and also sometimes not knowing what’s going on with the service member, not knowing what they’re doing,” she said.

MacDermid Wadsworth said that civilians also tend to think that military families are broken or damaged. “I think it’s always very important to point out that military families in general are resilient, many feel a strong sense of calling to serve their country and they do so at considerable sacrifice,” she said.

“When other people your age are owning homes and working in the same place, you’re picking up and moving every three years,” said Vanessa Hobbs of the military life that’s moved her from Tennessee to Maryland.

One of the TV shows that Hobbs watched before her husband joined the Army was Lifetime’s soap opera-esque drama “Army Wives.” But she said that unlike the show, her Army experience has not involved multiple deployments, base terrorist attacks, deaths, post-traumatic stress disorder, adultery, or health crises.

“I haven’t really seen a lot of that drama in my husband’s work or in dealing with other military spouses,” Hobbs said. Instead she is juggling adjunct lecturing in anatomy and physiology at Montgomery College and taking care of her 15-month-old daughter Audrey.

Her husband is one of 153,000 military personnel who are stationed in the Washington, Maryland and Virginia area, according to 2009 U.S. Department of Defense statistics.

Sue Hoppin’s husband is another. Hoppin, an Air Force officer’s wife who lives in Northern Virginia, said that even with a master’s degree, she had trouble finding a job after her husband got stationed in the Washington area. Hoppin said that networking didn’t come naturally to her and decided that other military spouses could use a boost in that department as well.

“You move every two to three years so you don’t have that established network in place so that you can maybe settle near you parents … to help pick up the slack with your kids,” Hoppin said. Military spouses also don’t have a network of military buddies or the attention of employers wanting to hire veterans the way that service members do.

It’s a misconception that spouses are underemployed or unemployed out of choice, Hoppin said. Frequent moves often lead to difficult job searches every few years and no chance to build a career in one place.

So Hoppin started the National Military Spouse Network to encourage other military spouses to think ahead of their next relocation and benefit from each other’s expertise. She said that government organizations have started to work with states to better support military life, pointing out the Department of Defense’s USA4 Military Families initiative, which is working with states to address issues specific to military life.

Remaining a practicing lawyer is a continuing struggle for Navy wife Gaston. She’s a licensed attorney but said she has become a “glorified paralegal” due to the difficulties of getting bar certifications in the various states the Navy has stationed her husband. Gaston said groups like the Military Spouse JD Network are trying to change state laws to help military spouses waive bar examination requirements, especially when the exams are given only a few times a year.

Another Navy wife, Leslie Rodriguez, finds it’s a challenge to look for good schools for her two kids and help them make new friends with each move. “You take on a lot of burdens without them,” Rodriguez said of how military spouse absences affect the spouse at home.

Rodriguez’s lieutenant husband currently teaches history at the Naval Academy in Annapolis and is a prior enlisted service member who has been in the Navy for 15 years.

“I think marriage in general is hard; I think being a military wife is even harder,” Rodriguez said. “But I think it’s definitely doable. I know a lot more couples staying together than I do getting divorced.” 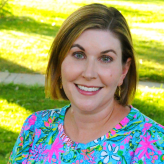