COLLEGE PARK – The Washington Nationals announced Thursday on Twitter that a new presidential mascot would join George Washington, Thomas Jefferson, Abraham Lincoln and Teddy Roosevelt for the 2013 baseball season. The team did not reveal the name of the new presidential mascot, saying it would do so this weekend. This graphic breaks down pros and cons of some of the presidents who might be under consideration. 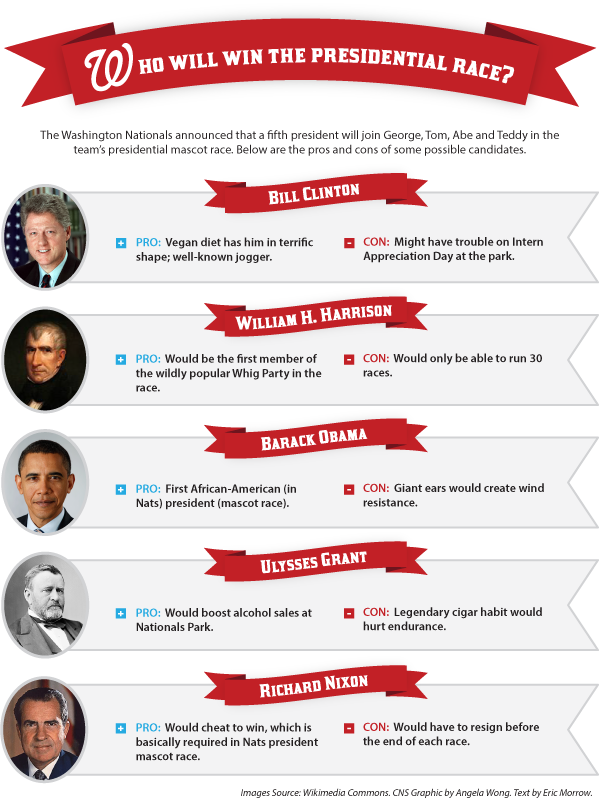