An earlier version of this video failed to properly identify panel attendee Jaime Pretell as a Native American. The video has been updated to correct this error.

WASHINGTON – The Washington Redskins team name was lambasted as “racist” and “demeaning” during a daylong symposium Thursday at the Smithsonian’s National Museum of the American Indian.

The symposium, entitled “Racist Stereotypes and Cultural Appropriation in American Sports,” featured Native American activists, museum administrators and local journalists who discussed the impact of team names like the Redskins on Native Americans.

“There is a very insidious quality…of viewing Native Americans as savages, as playthings,” said N. Bruce Duthu, a professor of Native American Studies at Dartmouth University.

The panel, which included several Native Americans, shared their personal experiences with racism and criticized Washington Redskins owner Dan Snyder and NFL Commissioner Roger Goodell for their reluctance to change the team name and logo.

The heated debate over the Redskins name goes back several decades. A case that challenged the name reached the U.S. Supreme Court.

Ben Nighthorse Campbell, a former Colorado senator, called Redskins head coach Mike Shanahan a “personal friend” and said he has a problem with the team name, not the team.

“Americans are ingrained to be loyal to their team,” he said. “But some names just degrade all of us.”

Campbell, who became the first Native American to serve in the U.S. Senate in more than 60 years when he was elected in 1992, introduced a bill in Congress in early 1990s banning the use of the term Redskins on federally owned land.

In 1992, she entered a lengthy court battle with the U.S. Patent and Trademark Office to void the Redskins trademark but lost in 2009 when the Supreme Court ruled that the plaintiffs waited too long to file their original case. There is another hearing filed by younger plaintiffs scheduled for March 7.

Lawyers for the Redskins have insisted the name is meant to honor Native Americans, but the panelists strongly disagreed with that stance.

“Sports is a common bond, but I cannot in good conscience support the [Washington, D.C.] football team,” said Robert Holden of the National Congress of American Indians.

“I don’t think the owners understand that they’re not honoring us,” he added.

Although the Redskins have held onto their name, many colleges have eliminated their Native American mascots and team names that some viewed as racist.

In 2005, the NCAA announced it would ban the use of Native American mascots during postseason tournaments after its research found that the images had “overwhelming evidence of potential harm.”

Delise O’Meally, an NCAA representative, said the initial responses to the ban were mostly negative and hostile. But support for the decision eventually grew.

“My personal integrity was questioned at first,” she said, before mentioning the response that stuck with her the most. She said a young Native American woman told her, “You’ve made the right decision.”

Native American activists have also found an ally in Washington, D.C., mayor Vincent Gray, who said if the team wants to return to the District there should be discussions about changing the name. Gray also avoided saying “Redskins” in his State of the District speech this week, instead referring to “our Washington football team.”

For one young Washington Redskins fan at the symposium, the discussion made him rethink his support for the team’s name.

Andre Holland, 20, of Annapolis, arrived at the event with his Anne Arundel Community College classmates wearing earmuffs and hat with the Redskins logo. He received strange looks throughout the day.

“When I first came in here, I felt hate [from the crowd] automatically,” he said. “I came in here with the wrong mindset. I thought, ‘Forget them, I’m a Washington Redskins fan.’”

After an older Native American man asked Holland to remove his hat, he said he finally realized that the name was harmful.

“That whole time sitting there listening to [the panel] made me think, ‘Who am I to keep wearing this stuff if it’s racist?’” 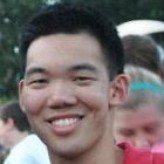