ANNAPOLIS — Legislation to create a special fund to spay and neuter cats and dogs by taxing pet food sold in Maryland was proposed on Thursday.

If it passes, the cost of pet food for Maryland shoppers will likely rise, said Kurt Gallagher, a spokesman for the Pet Food Institute in Washington, D.C.

More than 96,000 animals enter shelters in Maryland each year, and only half of them make it out alive, according to Save Maryland Pets, a coalition of groups that is backing the bill.

The bill seeks to lower the euthanasia rate in the state by reducing the homeless animal population. Maryland currently destroys 45,000 cats and dogs at a cost of $8-9 million a year, making the homeless pet problem very costly for local governments, according to Save Maryland Pets.

The bill would force pet food companies to pay $100 annually for each product they sell in the state. With more than 10,000 different pet food products currently sold in Maryland, the fee would raise more than $1 million.

Gallagher said pet food companies currently pay a surcharge of $50 to the Department of Agriculture, to make sure they are in compliance with regulations.

Increasing the surcharge for pet food companies for spay and neuter services, which doesn’t relate to their business operations, is just an indirect way of taxing pet owners, he said.

“So that’s a lack of transparency, if you want to tax the pet owner why not just say that- that’s bad government,” Gallagher said.

At the SPCA in Annapolis, Spay and Neuter Clinic Worker Kirstyn Cobb said ailments like mammary tumors and testicular cancer can be common in homeless animals.

“When you spay and neuter your animal, you definitely reduce those risks,” Cobb said.

Cobb said the SPCA spays and neuters all animals that come through their clinic, and provides those services for the public, too. But with a shelter full of more than 300 animals at any given time, space is at a premium.

“Certainly we want to be able to provide the service to the public [if the legislation passes]… more dogs in homes would be better than having more dogs here,” Cobb said.

At six months old, cats are capable of producing two litters of up to eight cats per year.

“It is very difficult to manage it, and the only way to do that is spay and neuter,” Bowers said.

Bowers said that all shelters, animal control facilities, and rescues have different policies on euthanasia, but at the Annapolis SPCA they only euthanize in rare circumstances.

“We would only euthanize an animal if they were severally aggressive, so if staff could not get in the cage to care for them, or if they were … had some severe ailments,” Bowers said. 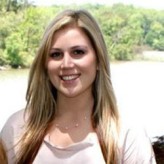