WASHINGTON – Victims of crimes are treated by the U.S. “roll-of-the-dice” criminal justice system as pawns, dogs and second-class citizens, advocates said at a news conference Thursday to introduce a proposed Victims’ Rights Amendment.

Sponsored by Reps. Trent Franks, R-Ariz., Jim Costa, D-Calif., and Ed Royce, R-Calif., the amendment would provide crime victims with the right to be heard at any release, plea or sentencing and require they receive “reasonable” notice of public proceedings and the release of the accused.

The proposed amendment defines crime victim as “any person against whom the criminal offense is committed or who is directly and proximately harmed by the commission of an act, which, if committed by a competent adult, would constitute a crime.”

For Colleen Campbell, a former California mayor and adviser to the National Organization for Victims’ Assistance whose 27-year-old son was strangled, murdered and thrown into the Pacific Ocean, the amendment is about restoring dignity for victims’ families and equality in court proceedings.

“We were excluded,” Campbell said, recalling the experience of the three murder trials in which the courts granted the request to excuse her family from the courtroom. “We were sitting in the hall like dogs with fleas there every day and told we can’t come in, while the killers’ families were escorted into the reserve seats.”

Denied access to the trial of her stepdaughter’s murder in 1979, Patsy Gillis, formerly of California and now from Washington, had a similar experience.

“I sat in the hallway outside the courtroom and watched the criminal and his family parade in like they were movie stars,” said Gillis, the co-founder of Victims and Friends United.

National MADD President Jan Withers of Upper Marlboro said  she was furious that she missed her chance to speak at the sentencing hearing of the drunken driver who killed her daughter, Alyssa, after the judge changed the proceeding date at the “last minute.” She said she felt revictimized.

“To hear us would in no way change the outcome, but to deny us of a right to be present and heard was yet another victimization – a preventable victimization,” Withers said.

The CATO Institute and other opponents of victims rights amendments have argued that the claim to victim status is unrestricted and classifying someone as a “victim” before trial “undermines the presumption of innocence – the very foundation of our criminal justice system.”

But Roberta Roper, who founded the Maryland Crime Victims’ Resource Center, said arguments against these victim protections are “unfounded.”

“It has not slowed anything down. It has increased the cooperation of victims and survivors who feel validated now. They’re not just a piece of evidence,” she said.

“It is brutal enough to have a loved one murdered. It is brutal enough to suffer rape, felonious assault. I can assure you it’s even more brutal in the 17 states in our country where there are no constitutional state protections,” National Justice Project President Tim Jeffries said. His brother was killed by a gang in Colorado Springs.

Thirty-three states have passed constitutional amendments protecting the rights of victims in the criminal and juvenile justice system, according to the American Bar Association. An amendment to the Constitution requires approval by Congress and ratification by three-fourths of the states.

Maryland has enacted more than 80 pieces of legislation to provide crime victims with rights and services, including the state constitutional amendment of 1994.

“Maryland has been on the forefront in this movement and had great successes, but despite those successes it’s a roll of the dice,” Roper said. Her daughter, Stephanie, was kidnapped, raped, tortured and murdered.

“The enforcement and application of those rights are dependent upon the goodwill of an individual, rather than the enforcement of the constitution,” she said. Without the Victims’ Rights Amendment, “victims and their survivors will remain second class citizens.”

Franks and Costa emphasized the need for a broader statute protecting victims.

“It’s time for Americans who become crime victims to have the same rights anywhere in the United States, regardless of the state in which the crime occurs,” Franks said.

“We think it’s the only way that we can change a culture that treats victims, oftentimes with less than the fairness and the dignity that they deserve,” Costa said. 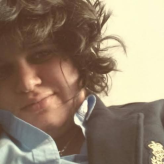