COLLEGE PARK -Grown on farms with a forest-like habitat—complete with a canopy of trees to shade the beans while they grow—the coffee is produced without the use of pesticides and provides a natural refuge for birds on the move.

Though the certification itself has existed for 16 years, it’s just beginning to gain a stronger foothold in the commercial coffee market, thanks in part to a more environmentally conscious customer base.

“When I think of Bird Friendly, I think of a holistic way that farmers are treating their farms,” said Claudia Crowder, regional grocery coordinator for Mom’s Organic Market, which has stores throughout Maryland and Virginia and began stocking Bird Friendly coffee within the last few years. “They understand that they can’t have a monoculture of just coffee plants. They have to utilize everything around them.”

As for affordability, said Bill Wilson, co-founder of Birds and Beans—the only coffee brand in the country that solely roasts Bird Friendly beans, “per pound we’re about the same as Starbucks or other specialty coffees. Compared to Folgers or Maxwell House, we’re more expensive.”

And Keurig’s K-cups, while popular with consumers, can’t outpace Bird Friendly coffee in terms of price—the single cup machine will run customers a dollar per cup while certified Bird Friendly tops out at about 30 cents per cup, Wilson said.

“We’ve never come across a Bird Friendly certified coffee that we wouldn’t roast,” said Wilson, whose company is based in Massachusetts. “But there are degrees of excellence.”

The Baltimore oriole and the wood thrush are among the 200 plus species whose numbers have declined over the past 20 years. While no specific cause of the population decreases has been identified, likely problems include urban development and logging.

Research into migratory bird species and their decline is ongoing.

“We find that most consumers that have any kind of environmental conscience about them or consumers who are birders, when they hear about the program, they always ask where they can get it,” Rice said.

Bird Friendly is one of six major variations of coffee certification—including Fair Trade, Rainforest Alliance, and USDA Certified Organic. In order to be Bird Friendly certified, Rice said, a coffee plantation must abide by a host of criteria developed by the Migratory Bird Center, which are some of the strictest regulations in the coffee industry.

“While it’s nowhere near as big as Rainforest Alliance or Fair Trade, we feel that it’s got some really good criteria that are based in science,” Rice said.

Coffee must be certified organic to be considered for the Bird Friendly seal. Other criteria include the height and species diversity of the shade trees on the farm—they must be at least 12 meters (39 feet) tall and have a mix of 11 or more species—and the foliage coverage provided by the trees should be around 40 percent.

These strict controls on Bird Friendly farms do two things: protect the habitat of birds escaping the cold of their northern homes, and ensure that the coffee being grown is provided with a quality depth of shade coverage.

While some roasters and retailers opt out of certification labels in order to source their own beans, some major retailers are adding Bird Friendly coffee to their shelves.

“We were hearing from our customers over the last few years that they want something bird friendly,” said Fred Noble, coffee coordinator for the Mid-Atlantic region of Whole Foods. “Our customers have been getting more certification oriented.”

The grocery chain began carrying Bird Friendly coffee in their 340 plus stores across the country last year.

“I was in one of our stores about a month ago and a woman came up to me and asked if we had any bird friendly coffee—we hear that a lot,” Noble said. “She was beside herself.” 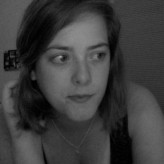