Since the Maryland Health Connection website launched Oct. 1, prospective enrollees have experienced site delays and encountered glitches. Only 1,121 Marylanders had successfully enrolled in health insurance plans as of Oct. 11, according to the Maryland Health Benefit Exchange, which is managing the rollout of the Affordable Care Act in Maryland.

That represents a fraction of the number of people who have tried to sign up for accounts through the online exchange. More than 25,000 people had made accounts and more than 16,000 people had learned of their eligibility for health insurance by Oct. 11.

At Wednesday’s meeting of the Health Care Reform Coordinating Council, state Del. Nic Kipke, R-Anne Arundel County, said he expects to find out why the website is “failing to operate” and what steps are being taken to remedy the problems.

“Millions of taxpayer dollars have gone into building this exchange, and I think the public deserves to know what’s not working and which steps are being taken to fix it,” Kipke said.

He said he has been skeptical of the state’s implementation of the Affordable Care Act, also known as ‘Obamacare,’ and the speed with which the Maryland Health Connection website was created.

“The time schedule Maryland had to create the exchange was not realistic, which is why I’ve been supportive of federal attempts to delay Obamacare,” Kipke said.

Carolyn Quattrocki, the executive director of the Governor’s Office of Health Care Reform, said information technology teams are working around the clock to resolve website issues so that the state can enroll as many people as possible by Dec. 18, the deadline for purchasing insurance plans that kick in Jan. 1.

“We’re very excited about the levels of interest Marylanders have shown, seeing the website and making accounts,” Quattrocki said. “We’re very pleased that we’re going to be able to insure a great many more Marylanders and bring down our rate of uninsured.”

In addition to discussing problems with the Maryland Health Connection, the meeting will also address the Medicaid expansion to low-income adults without dependents.

“It’s a good opportunity for the council and the public to hear updates on the very broad scope of initiatives and efforts that have been going on for a long time now,” Quattrocki said.

The Maryland Health Care Reform Coordinating Council was established in 2010 to make recommendations on how the Affordable Care Act should be implemented in the state. The council is co-chaired by Lt. Gov. Anthony Brown and Joshua Sharfstein, the secretary of the Maryland Department of Health & Mental Hygiene, and includes members from the Maryland General Assembly and state health commissions. 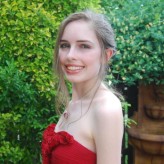 Kirsten Petersen is an undergraduate student at the Philip Merrill College of Journalism. She reports for Capital News Service at the Studio C bureau in College Park. She has previously reported for Patch.com, produced videos for the Baltimore Sun and composed press releases for the National Geographic Channel. Follow her on Twitter and connect with her on LinkedIn.