WASHINGTON–Maryland is one of nine states that restrict the total amount of campaign contributions that an individual can give to candidates during any given election cycle.

Those limits may be in jeopardy, though, pending a decision by the Supreme Court in McCutcheon v. Federal Election Commission, a case involving federal aggregate campaign contribution limits.

Aggregate contribution limits put a cap on the total amount of money a donor can give to candidates, party committees and PACs during an election cycle.

“The case is about your rights to spend your money on as many candidates and political committees as you choose,” said plaintiff and Alabama businessman Shaun McCutcheon.

“It’s part of the fundamental political free speech under the First Amendment.”

The Republican National Committee has teamed up in the litigation with McCutcheon, who is a member of the Jefferson County Republican Party in Alabama.

McCutcheon’s case is not over the federal limit an individual can give a single candidate during any given two-year election cycle, which currently stands at $2,600. Rather, he is fighting the cap individuals can give to any group of candidates.

When McCutcheon originally filed his case, he was objecting to the 2012 cap.

McCutcheon’s qualm with this limit is that it only allows an individual to give the maximum to a limited number of candidates. The cap prevents individuals from funding as many candidates as they may support, which McCutcheon believes is an abridgment of First Amendment rights.

“It’s important to get more candidates and ideas into the process,” McCutcheon said.

Maryland’s limits for the 2010 election cycle stood at $4,000 per individual candidate and party committee, and $10,000 for the aggregate contribution limit. Unlike the federal limits, Maryland’s have not been adjusted for inflation since their inaugural year of 1991.

While these numbers remained untouched for two decades, the number of Maryland donors reaching these limits remains low.

“While there have been cases of donors exceeding the limits, I’ve never heard an outcry of people saying ‘I wish I could give more,’” said Jared DeMarinis, director of the Candidacy and Campaign Finance Division of the Maryland State Board of Elections.

According to a recent report published by the National Institute of Money in State Politics, only seven of the 154,000 donors in Maryland during the 2010 election cycle reached or exceeded the limits.

The seven donors accounted for $86,428 of the nearly $30 million donated during the cycle.

As far as opposition to these limits is concerned, there has not been much from Maryland politicians.

“I fully support having these limits,” said Joe Cluster, executive director of the Maryland Republican Party. “Without them, the dominant party (Democrats) would be in more control.”

Especially in a predominantly Democratic state like Maryland, Cluster said it is important that these limits continue, because they help protect smaller parties.

“If we had unlimited campaign donations, (the Republican Party in Maryland) would be non-existent,” Cluster said.

“We support making sure there is integrity in the campaign contribution process,” said Bob Finety, executive director of the Maryland Democratic Party. “But we are happy the limits were finally increased after a couple of decades.”

If Maryland’s contribution limits were repealed, it would benefit Democrats because of the already large donor base they have established, however, there is a respect for the system, Finety said.

“One for votes,” Herrnson said. “Which includes holding events, putting signs up, using the mass media to get your message out, etc.

“The second is the campaign for resources, which involves raising money and collecting endorsements.”

The Supreme Court is not expected to decide the case until next year. 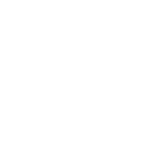 Christopher Neely is an undergraduate multimedia journalism and political science major at the University of Maryland. Previously, he worked as a reporter and social media coordinator for the University’s Council on the Environment where he worked closely with members of the NASA-Goddard Space Flight Center and the National Oceanic and Atmospheric Administration. Chris is working as a reporter in the D.C. Bureau for Capital News Service. Follow Chris on Twitter or view Chris’s LinkedIn Profile