BROOKEVILLE – Eric Steiner parked his red truck outside of a Baltimore Starbucks at 5:30 on a recent Friday morning. Five times a week, he collects the store’s used coffee grounds for his company, EarthBrew Compost.

He then drives to Rolling Acres Farm in Brookeville, where he mixes the coffee grounds with horse waste to produce compost, a rich soil often used for gardening.

Steiner started his composting company to help reduce waste and preserve resources. The Starbucks stores he visits each produce roughly 40 pounds of coffee waste a day, he said, and he has a verbal agreement to collect their used grounds.

“Before I came to them, they were already bagging it separately,” he said. “It actually signifies that all of their stores are throwing their grounds away.”

When the coffee is disposed of in a landfill, Steiner said it improperly decomposes and puts excess greenhouse gasses into the atmosphere. Adding the grounds to horse waste creates a good mix of elements in the soil to promote garden health, he said.

“Part of the shift in the economy and society right now is more growing local food,” Steiner said. “And compost is going to be an important part of that. The more people want to garden and give back to the land, the better for everybody.” 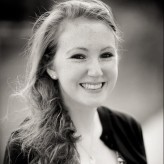 Danielle Dredger is a journalism and economics undergraduate student at the University of Maryland and a multimedia reporter for Capital News Service in College Park. She previously interned at WUSA9 and NBC News in Washington, D.C. Follow her on Twitter @DanielleDredger, connect with her on LinkedIn and visit her website.