Amidst 34th Year of Minor League Baseball, Suns Are Going Down in Hagerstown
By Nicholas Munson  -  April 18, 2014
204 views

HAGERSTOWN – Down to their last out, the Hagerstown Suns needed a little magic to get their second win of the year. Trailing at home, 1-0, to the Rome Braves in their season-opening series at Municipal Stadium, their prayers were answered with a two-run double to right field that won the game.

It was a celebratory moment – but there weren’t many witnesses.

There was an announced crowd of 350 at the recent Friday night matchup, and by the ninth inning, the actual number of fans present was much lower.

Baseball in Hagerstown itself seems to be down to its last out – soon, there might not be any fans at all inside Municipal Stadium to cheer on the Suns. The Single-A minor league affiliate of the Washington Nationals appears to be all set to relocate to Fredericksburg, Va., as soon as a new stadium is ready for them there.

Season-ticket holders Brenda Hawbaker and Janette Spedden, who have attended every Suns home game for 20 years, said they are devastated.

“We love baseball, but it’s more than just that,” Hawbaker said. “It’s the pride in our community. The average city doesn’t have a minor league team, so I would be sad if we lost that identity we have.”

Hagerstown has been the home of professional teams on and off since 1915, and prides itself on being a “baseball town.” Hall of Famer and Orioles legend Jim Palmer pitched here while recovering from tendinitis in 1983. Current pitching phenom Stephen Strasburg rehabbed from Tommy John surgery at Municipal Stadium just three years ago. And Nationals wonder boy Bryce Harper began his ascent to the major leagues here, too.

All three could draw capacity crowds to the aging stadium, one that no longer fits Major League Baseball standards.

Hastily built on top of a shale deposit over a six-week period in 1930, Municipal Stadium lacks adequate drainage systems, floods very easily and has an incline that left fielders have to climb when chasing fly balls near the warning track.

Assistant General Manager Bob Bruchey, also the mayor of Hagerstown from 2006 to 2012, fought to build a $37 million stadium in an effort to revitalize the city’s downtown area. He encountered fierce opposition, though, and his plans never got off the ground.

“I grew up here – I would like to see them stay. In reality, I don’t know if that’s going to happen or not,” Bruchey said. “Things are still progressing in Fredericksburg, maybe a little bit behind schedule, but it hasn’t come to a halt by any way, shape or means.”

The Suns’ current lease on Municipal Stadium went into effect in 2008 and initially ended in 2009. Since then, they have exercised three, one-year options to renew the lease and then got a two-year extension in November 2012.

The team is now seeking to extend the lease for two more years through the 2016 season, which would allow for more time to construct the new stadium in Fredericksburg.

“It’s going to be a modern sports facility that will go beyond just baseball,” said Matthew Kelly, a Fredericksburg City Council member who has been involved in the effort to bring the first professional sports team to the area. “We’re looking to have concerts, other sporting events, corporate events – a lot of different things in this facility.”

Meanwhile, in Hagerstown, the Suns are having trouble bringing anyone out to the ballpark. Although Municipal Stadium has a seating capacity of 4,600, with an additional 1,500 for standing room, they only averaged 1,058 fans through the turnstiles in the 2013 season.

Out of 14 teams in the South Atlantic League, the Suns were last, by far, in attendance. The second-worst drawing team, the Kannapolis Intimidators, drew an average of 1,906 fans a game.

And after six home games this year, it looks like more of the same for the Suns – a paltry average of 439 per night so far.

Diehards like Hawbaker and Spedden make up most of the attendance on April nights, when the players wear long-sleeves under their jerseys and the school year is still in session. Season ticket holders total just more than 100 people.

“Everybody says nobody cares about it because ‘look at the stands, they’re empty,’” said Spedden, who hosts Suns players in her home during the baseball season. “But you know what – there would be more people here if this looked like a permanent thing, not like a year-to-year thing.”

Chad Beadle, another season ticket holder, worries about the future of his city without a baseball team.

“Hagerstown is more like a bedroom community – you go to work, you come home, you feed your kids, you go to bed and then you do it all over,” he said. “There’s no real nightlife activity here…and now it will probably be more of a ghost town than it already is.”

Not everyone thinks the move is a done deal, though. One of those skeptics is “Big Tony,” the stadium vendor well recognized by the locals. Born and raised in Baltimore, Anthony Holmes started out working his way through the crowds at old Memorial Stadium before moving to Hagerstown in 1990.

Since then, he’s been a regular at Municipal Stadium – on the field for every promotion you could think of, and in the seats handing out peanuts, beers and leading chants of “charge!” at the bottom of every inning.

Of course, if the Suns relocate, his job may be in jeopardy. But he can’t afford to think that way.

“They ain’t going nowhere,” he said. “Hagerstown is a baseball town, and it’s been that way since the ‘30s and ‘40s. I believe Fredericksburg is blowing smoke up their skirt, but they’re gonna get it blown back. Because they’re gonna end up with nothing,” he said. 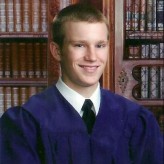