ANNAPOLIS — Maryland high school students showed officials what they know about the Chesapeake Bay here Monday afternoon, starting with basic information and ending with how to pass legislation crucial to the bay’s future.

In a presentation at the Chesapeake Bay Foundation headquarters, the students went in-depth covering challenges to the bay, pollution standards, the current state of the bay and how it is being affected by fracking and pollution.

Originally, Jeff Rogge, the student leadership campaign coordinator for the Chesapeake Bay Foundation, planned on teaching a small group of students about the bay and bringing them to Tuesday night’s Maryland Environmental Legislative Summit. But after recognizing the students’ capabilities, he decided to let them make a presentation.

Things got even more exciting for the students when Rep. John Sarbanes (D-Towson) decided to attend the event.

“The students got interested, some of them submitted videos then all of a sudden there was a congressman coming so it became very big, but it was just originally supposed to be something kind of small,” Rogge said.

“We’re counting on you all,” he told the students.

Sarbanes also spoke, emphasizing Baker’s point that the future lies in their hands.

“There is no issue in which young people can have more of a leadership role than the environment. I think that the imagination you’re bringing to what we do next—how we get on the cutting edge of solving the issue of climate change and making sure that we’re looking after our environment—the imagination that you bring is unrivaled,” Sarbanes said.

The timing of the presentation nearly coincided with next week’s planned reintroduction of the No Child Left Inside Act, which Sarbanes authored.

The foundation’s Student Leadership Program sponsored the event attended by more than 50 students from 22 Maryland high schools. All of the students who spoke were either heads of environmental organizations for their school or involved in their student government, Rogge said. 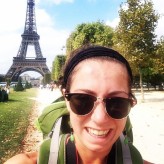