Who said using technology was a trend just for millennials? Maryland politicians are jumping on the Internet bandwagon these days to announce their candidacies.

Gone are the days, it seems, when candidates made their announcements in person speaking to throngs of supporters. Now we are seeing more tech-savvy announcements.

Rep. Chris Van Hollen, D-Kensington, was the first to announce his candidacy for the U.S. Senate seat being vacated by Sen. Barbara Mikulski , through an email sent to supporters last Wednesday.

Rep. Donna Edwards, D-Fort Washington, followed by announcing her candidacy for the Senate in  a two-minute video hosted by YouTube on Tuesday.

Former Prince George’s County State’s Attorney Glenn Ivey became the first to announce his candidacy for Edwards’ seat in Congress on Wednesday. He did so on his campaign website along with posts on Facebook and Twitter. He even has his own hashtag #IveyForMD4 .

Maybe these candidates will teach us a thing or two about cyber-campaigning. 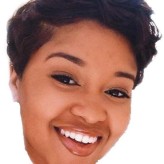