BALTIMORE – It’s a rainy Thursday afternoon in the Abel Wolman Municipal Building downtown and boxes of fresh fruits and vegetables are being carted up to the conference room by a local farmer. Baltimore City employees line up, plastic and reusable bags in hand, ready to take their share of produce for the week.

The employees are curious what they will find in their boxes. This time, the farmers brought ginger, tomatoes, and peppers.

This happy exchange happens for roughly 24 weeks, the length of growing season, at numerous city buildings in Baltimore. Both the farmers and the city employees benefit. The program, called Homegrown Baltimore Employee Wellness Community Supported Agriculture (CSA), encourages city officials and employees to pre-pay for a season’s worth of fresh produce from local farmers’ markets.

The Abel Wolman Building’s site coordinators Amanda Bates and Ashley Chouinard have tried new vegetables and recipes as a result of their participation in the program – and love seeing their favorites, like tomatoes, in their boxes. They said that having the farm deliver the produce to the office helped draw in participants.

“As soon as [city employees] saw the vegetables, they wanted in, which was really nice,” Chouinard noted.

Holly Freishtat, Baltimore City’s food policy director in the Department of Planning’s Office of Sustainability, said that this program, in its second year, is a way for employees to consume more vegetables and also creates more demand for local produce.

“Baltimore City has an urban-ag plan and we want farms to be viable in the city,” Freishtat said. “This is a market opportunity for urban farmers in the future. One of the goals here is to have more urban farms on vacant lands.”

Baltimore employees who are members of their professional society called MAPS, the Managerial and Professional Society, are eligible to participate in the organization’s wellness program, which reimburses members for healthy actions, such as join a gym, or healthy food purchases, like the local vegetables. Because of its success, this urban farm program has become a regular part of the wellness program for the 2016-2017 fiscal year, said Freishtat.

Freishtat also noted that Baltimore is the first city to use a community-supported agriculture program as a wellness incentive for its employees.

The employees get their vegetables this year from One Straw Farm, located in White Hall, Md.,and Real Food Farms, located right in of Baltimore.

Each week the employees receive their boxes of food at their offices and are able to take their vegetables home. This year distributions began in late May and are expected to run into November.

“This is the first year doing the city (agriculture) program. It’s been fantastic,” said Bryan Alexander, a farmer at Real Food Farms. “It’s been great for us because it’s a centralized drop-off point for us and takes a good bit of marketing of CSA off our hands.”

Alexander said that their overall program has increased in size by one-third this year and credited the city’s community-supported agriculture program for that growth. Alexander also noted that while Real Food Farms is a member of Civic Works, a non-profit organization, the farm finds it valuable to have the funds upfront at the start of the season.

City employees can either subscribe for a full share of produce at a one-time cost of about $600 – which is approximately enough produce for a family of four for one week – or a half share for $300 – suitable for one person. The wellness incentive will reimburse employees $250, according to the employee wellness website.

The farms will deliver to any city building where 10 or more of its employees are subscribed to the program. Each delivery location has a site coordinator to work in conjunction with the farm to separate the vegetables into easy-to-grab boxes. This year city offices including those in the Benton Building, City Hall, Health Department, Abel Wolman Municipal Building, and the Department of Recreation and Parks are all participating, which amounts to about 100 participating employees this season, said Freishtat.

Because the produce is pre-paid and delivered into equal-sized boxes, employees have very little choice in what they get, which supporters say has proven to be a good thing.

Freishtat said that based on her office’s survey from the 2014 season, 85 percent of participants said they ate more vegetables and 100 percent admitted to trying new foods as a result of the program.

“[Participants] recognize in the beginning of the year that there are a lot of limitations to farming,” Alexander said. “It’s really great to be able to diversify what we grow. (The city agriculture program) is the best way to guarantee that the less popular items are growable and (salable).”

Many of the urban farms Baltimore City continues to attract are also bringing fresh produce to individuals who may not otherwise be able to find and buy such food. For example, Real Food Farms allows people receiving Food Supplement Program (FSP) benefits, formerly known as food stamps, to participate in community-service agriculture as well.

“We look at it as a way to growing our markets in the city and providing fresh produce to those would not otherwise be able to get it,” Alexander said.

Alexander said that those with an Electronic Benefit Transfer (EBT), similar to a debit card with their food program benefits, can sign a non-binding agreement in the beginning of the produce season that they will use their cards to buy their farm produce each week.

Real Food Farms also has a delivery truck that allows the farm to bring produce to people who cannot get it themselves, like the elderly.

“That’s why I like this [program], because I know this keeps money in the city and brings food to people in the city,” Bates said. 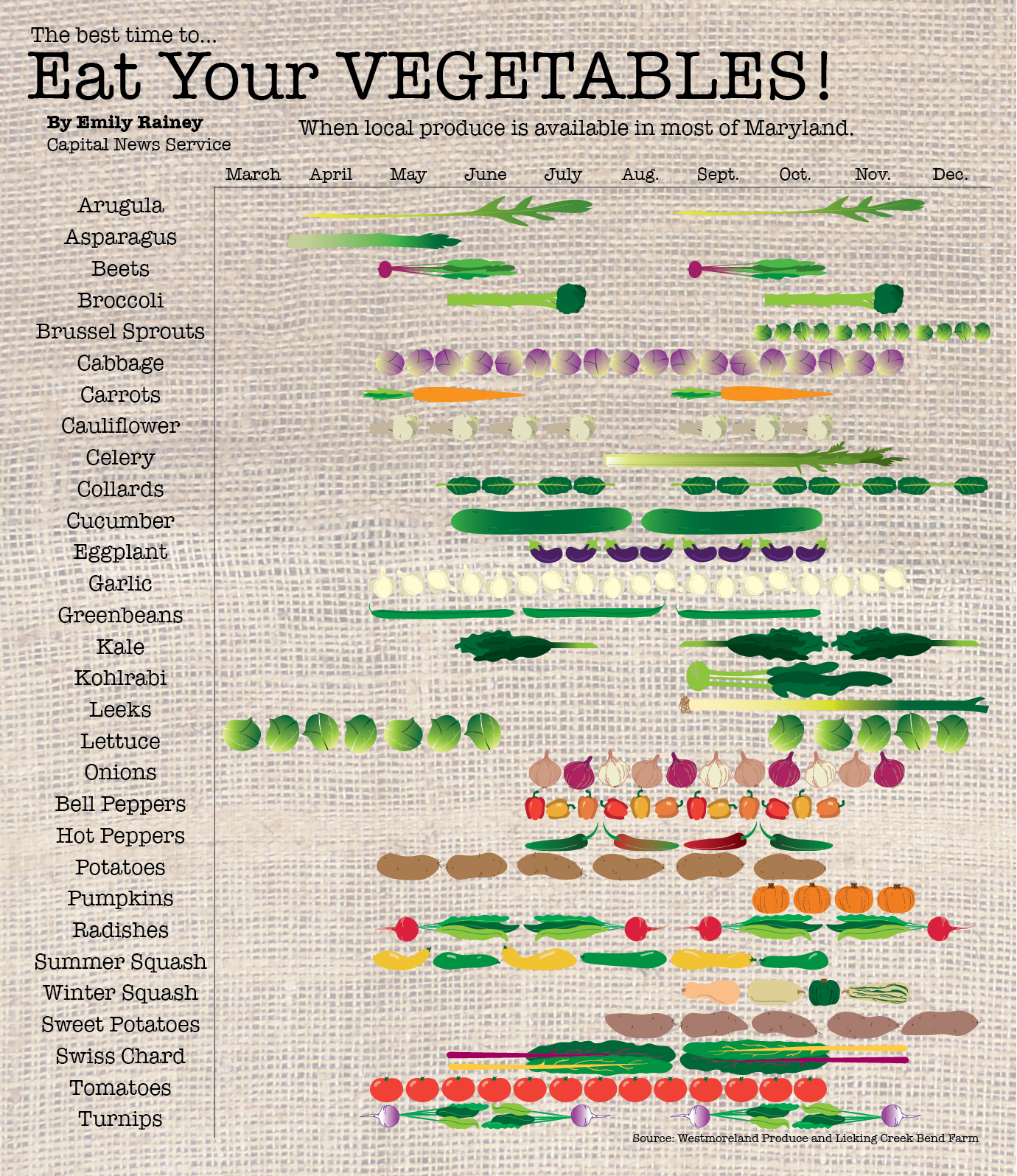 Julie Gallagher is a reporter in the Washington bureau of Capital News Service covering social services and Rep. Elijah Cummings. She is a junior at the University of Maryland's Philip Merrill College of Journalism. Julie has previously interned at Street Sense where she covered local and national issues surrounding homelessness and poverty, and Urner Barry, a market reporting company. Julie also writes for UMD'S chapter of Her Campus, an online publication geared towards college women. You can find her on Twitter @_JulieGallagher and LinkedIn.