Picking for purpose: Department of Juvenile Services youth maintain Maryland orchard for a cause
By Erin Serpico  -  October 9, 2015
215 views

CUMBERLAND — Amid the fog, mud and rain-drenched hills in Cumberland, Maryland, on a September Monday, 20 teen boys were being trusted to scatter about an orchard picking apples — not to eat or sell, but to give away.

Wearing ponchos and work boots, the boys — ages 15 to 18 — hailed from Maryland’s four Department of Juvenile Services secure youth centers for males. They worked all day to load thousands of apples — weighing upwards of 8,000 pounds — into trucks heading back to Baltimore to give away to people in the community.

“They really appreciate it,” said Department of Juvenile Services Secretary Sam Abed. “These young men that are working, they know that they’re doing something really good. They may not see the people that benefit, but they know that people are benefiting from it.”

The event is a service-learning project for the youth in the centers, Abed said, bringing boys to work from about 8 a.m. to 1:30 p.m. on Sept. 28. The group of boys came from Green Ridge, Savage Mountain, Meadow Mountain and Backbone Mountain youth centers, and are all originally from various areas of the state, to work together.

“When you work as a team, you can break down barriers,” Abed said. “And when (the boys) get back in their communities, they need to learn how to live together and work together.”

By the end of the project that day, the group picked hundreds of bushels of apples of different varieties, such as McIntosh, Red Delicious and Winesaps, in multiple truckloads.

The boys worked on Simmons Orchard, a 36-acre farm that belongs to 89-year-old Lou Simmons — a man who has donated everything he’s ever grown.

“I’ve never sold an apple, or a peach, or a cherry, or anything from that orchard,” Simmons said. “I’ve donated it for all of those years.”

Simmons, a Dundalk resident, purchased the farm with Mary Simmons, his wife of 69 years, about 20 years ago. They would pick the 40,000 to 50,000 pounds of fruits every season and maintain the orchard together, but he eventually started looking for help.

“(Simmons) said he was thinking about cutting it down,” said Judy Hodel, superintendent of Green Ridge Youth Center. “I said, ‘No sir, you can’t do that, we need orchards … I have 40 young men I can put to work.’”

After reaching out to multiple organizations, he came across the Department of Juvenile Services and has welcomed these groups of boys for the past 10 years, he said.

The orchard was becoming a hassle for Simmons — tending to it seven days a week — so he began to look for help to pick the abundance of fruit and give it to people in need.

“I’ve lived for part of the Depression myself. I know what it’s like to go hungry,” he said.

It’s good for the boys to get outside, engage in activities and to get exercise, Abed said, and the kids appreciate activities that get them off campus.

Gary, a 17-year-old boy committed in the department’s Backbone Mountain Youth Center, got the chance to step off grounds that day for the apple picking. The mission behind the event, he said, touched him personally.

“For me, this is just a great opportunity to give back to the community, to help people in need,” said Gary, whose last name has been withheld. “I also knew what that was like — just being out on your own and not really having a lot. You didn’t want to go out there and get it on your own.”

Gary is one of about 48 males enrolled at Backbone, and he said he feels good to get the new opportunity to help maintain the orchard for a good cause.

“Instead of homeless people having to dig through trashcans or beg people for food, they can just go to a certain place in their community and be supplied with free, healthy food,” Gary said.

The Department of Juvenile Services staff gathered Oct. 6 in the Baltimore City Juvenile Justice Center’s lobby for an Apple Fest — part of the state’s Day to Serve — to distribute the bushels of apples to the community. For more than three hours, the lobby was open to anyone who wanted to stop by and fill bags with free apples.

The department distributed apples to people who stopped by the lobby and loaded fruit into cars behind the building, said Jay Cleary, the secretary’s chief of staff for the Department of Juvenile Services. The department gave away about 5,000 pounds of apples to about 300 people that day, Cleary said.

The juveniles in these youth centers — all boys — are generally housed for about six to nine months, depending on their behavioral progress, Abed said. Offenses that can place them in the centers can vary, he said, but range from misdemeanors such as burglary and theft to second degree assault, according to the department’s Data Resource Guide for fiscal year 2014.

As part of the CHALLENGE program, a behavioral management program used in the department’s residential facilities, youth who enter start at level one and can progress onto higher levels by gaining points for positive behavior, said William Pickrel, a department assistant regional director who oversees the youth centers.

The five-level program allows the boys to see which areas they need to work on, as well as provide an incentive to progress.

When the boys get to level three, they earn the right to get off grounds to a project like this one, he said. All of the attendants at this event were in the highest three levels in the program.

“We don’t look for perfection, we just look for change,” Pickrel said.

Portions of the harvest will return to the youth centers for use in culinary activities that incorporate apples into recipes, such as for apple cider, apple butter and apple cheesecake. Those left over from the distribution in Baltimore City and the original collection will go to area shelters.

Some of the boys in the centers might have never been exposed to fresh produce on a farm, or even have the chance to leave their communities or cities. Getting to see this part of Maryland, Abed said, provides a good opportunity to realize where fresh produce comes from while doing something good.

“Given the opportunity, (the boys) really can shine,” Abed said. “They’re generous, they’re nice and they have a lot of talent, and we need to give them opportunities to display those talents and build their confidence.”

This story has been updated to indicate the department gave away 5,000 pounds of apples to about 300 people on Oct. 6. 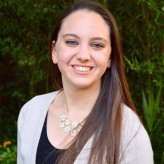 Erin Serpico is a news reporter in Annapolis covering social services, juvenile justice and poverty. She has previously written for The Prince George’s County Sentinel, NJ.com and The Star-Ledger and the Home News Tribune and Courier News in New Jersey. She is a senior journalism and psychology major at the University of Maryland and serves as the general assignment editor at the university’s independent study newspaper The Diamondback. You can reach her on Twitter @erin_serpico, on LinkedIn and via email at enserpico@gmail.com.