WASHNGTON — More than 70 years after the U.S. Coast Guard Cutter Muskeget was sunk by enemy fire, four National Weather Service meteorologists on board were posthumously awarded the Purple Heart Medal for their sacrifice. This marks the first time a weather service employee has been awarded the Purple Heart. Family members of the weathermen accepted the medal.

In August 1942, the Muskeget, a weather observation ship, departed from Boston, to collect weather information at Weather Station No. 2 in the North Atlantic Ocean. The Muskeget’s last weather report was received on September 9 and then the ship disappeared. Later, the military determined the ship was torpedoed by a German submarine U-755. All crew members were killed. 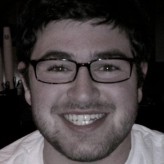 Gabe Katzman is an MMJ (Multimedia Journalist) in the Capital News Service broadcast bureau. He previously interned as an assistant show manager at 106.7 The Fan. He can be found on Twitter and LinkedIn.