ANNAPOLIS — Legislation that would have mandated state buildings, parks and colleges toss treats that exceed 200 calories per package from their vending machines will have to wait until next year for reconsideration, the measure’s sponsor said Tuesday.

The Senate Finance Committee voted to kill the measure — the Maryland Healthy Vending Machine — on Monday. On Tuesday, the sponsor of companion legislation in the House, Delegate Antonio Hayes, D-Baltimore, withdrew the measure in advance of a committee vote.

Hayes told Capital News Service that after the bill failed in the Senate, it seemed unlikely the measure would make it through the General Assembly this year. Though he pulled the legislation from consideration Tuesday, he said he would look at making changes before “bringing it back next year.”

“We just want to step back for a minute and reevaluate,” he said.

A typical machine holds between 35 and 45 items, and the bill would have required at least 75 percent of them to follow the fat, sodium, sugar and calorie standards agreed on by the American Heart Association, National Alliance for Nutrition and Activity, and the United States Department of Agriculture. Calories from fat and sugar could not have exceeded 35 percent of the snack’s total calories, according to the bill, which aimed to mend Marylanders’ eating habits and trim statewide obesity.

“We know that there is no silver bullet to this issue, and we don’t pretend it to be, but according to our nation’s experts, providing healthier food options is a very important component in making sure healthy food is available,” said bill supporter Robi Rawl, executive director of Sugar Free Kids Maryland. “We still can’t make healthy choices if healthy choices aren’t available.”

An estimated 74 percent of consumers are trying to eat healthier, according to a 2010 study by the Snack Food Association, with about 65 percent eating specific foods to lose weight. Beverage consumption shows a similar push in nutrition, according to Michaeline Fedder of the American Heart Association, who said diet cola sells the fastest. Although diet beverages use artificial sweeteners, they would still be allowed under the bill, together with milk and 100 percent juice.

“If it should happen that a particular vending machine sells out of all the sugar-sweetened beverages in 12 hours then we’ve got a problem, but that’s not what happens–what you find is that the healthy stuff goes first,” Fedder said. “If it’s not going to economically affect whoever is supplying those vending machines then they have no reason not to accommodate to public wishes.”

“Public wishes” and public consumption are not the same thing, according to Scott Meskin, president of food vendor Black Tie Services. The bill opponent said he’d be willing to stock his 7,000 machines with healthy food, if only it would sell.

“I don’t care what we sell,” Meskin said. “I want to sell as much as we can and I want to sell what the consumer is asking me for.”

What they’re asking for is candy, according to Meskin, who singled out Peanut M&M’s and Snickers as his top-seller candy items, accounting for 52 percent of candy profits. He could not estimate the chocolates’ share in total revenue including non-candy items like pretzels and chips.

Meskin further noted that “it’s not vending machines that are driving people’s diets.” He said that the bill would have taken away freedom of choice; direct sales to street vendors; consolidate his locations because of reduced revenue; and cut jobs.

Even after all that, Meskin said, “the bill wouldn’t make people healthier.”

The bill would have mandated that a snack’s nutritional information be clearly visible before a consumer buys it, meaning manufacturers must either label packages with facts on the front or provide vendors with information so they can tack a nutritional guide onto the front of every state-owned or state-managed machine.

“The concept is that people should have the opportunity in advance to know what they’re getting,” Fedder said. “We’re trying to take situations where people understand that they should be eating a certain kind of diet, but if the infrastructure where they are spending a lot of time doesn’t support it, then they can’t follow it.”

Some newer machine models already offer this information, digitally providing consumers a way to view an item’s calorie count before purchasing it.

Henneman said that asking manufacturers and vendors to comply with the bill would have been “more expensive, yes, but more difficult, no.”

The snack vendor with 2,000 machines nationally and 65 in Maryland said he could “understand both sides of the bill,” because healthy food has a shorter shelf life and would require more restocking oversight. Less-nutritious food outlives healthy food by about three months because of preservatives, according to Henneman.

Rawl disagreed and said shelf life varies per the items requested by specific locations, which could be anything from perishable raw fruit to baked potato chips. She also cited research that healthier items outsell less-healthy items four to one.

“We have many operators who see this as a good business opportunity,” Rawl said.
Sugar Free Kids Maryland representatives circulated around the State House on a Friday earlier this month, distributing packs of baked potato chips, granola bars and dried fruit leather trying to convince legislators that nosh that limits sugar, fat and calories, don’t lack in flavor and variety.

“State staffers will tell us they need to keep their own offices stocked with healthy food because there’s no healthy options,” Rawl said. “You’re faced with either bringing your own food, going hungry or eating junk.”

Taylor Kasky, a legislative director for Delegate Mary Ann Lisanti, D-Harford, said vending options in the House are “extremely limited.” Kasky received Rawl’s snack pack and said she would “definitely” use the vending machine, which she currently avoids, if it were overhauled and replaced with low-cal options.

“Everyone is used to bring their own food in, that’s just the way people have done it for so long,” Kasky said. 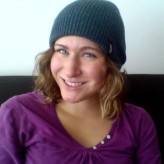