In the ad, which started airing Tuesday, Edwards airs the same charges used during the last Senate debate with Van Hollen on March 29.

“I said ‘no’ to the Social Security cuts Chris Van Hollen said he’d consider,” Edwards says in the ad.

Townsend accused Edwards of refusing to run “an honest campaign.”

“At every turn, she has attacked Chris Van Hollen on Social Security, misleading voters with no concern for the facts,” Townsend said.

Van Hollen also responded to the ad, saying, “Maryland voters deserve better than a campaign based on misinformation and scare tactics.”

The congressman said he has defended Social Security in negotiations, has opposed the NRA and supported tougher gun laws and did not take money from bank PAC’s.

The first survey, released Friday by the Van Hollen campaign and conducted by Garin-Hart-Yang, showing him with a 5-point lead over Edwards, 45 percent to 40 percent.

The second poll, released Sunday and conducted by The Washington Post and the University of Maryland, showed Edwards with a 4-point margin, 44 percent to 40 percent.

“Donna’s leading in the polls because she’s championing the values of Maryland’s working families and taking on the Washington special interests holding them back,” said Edwards campaign spokesman Benjamin Gerdes.

The ad tells the story of “Denise,” a constituent with multiple sclerosis that Edwards helped to receive her retirement benefits. The ad includes statistics on constituent cases and money that the Edwards office says it saved in 2015. 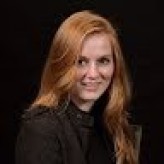