WASHINGTON – Resilience is a key theme for the newest Smithsonian creation, the National Museum of African American History and Culture.

The museum, opening on the National Mall Saturday, has been in the works for 13 years, but has been an idea for decades. Congressman John Lewis (D-Ga.) first heard about the initial talks of the museum when he was elected to Congress in 1986, according to the civil rights icon’s recent piece in the Washington Post.

For 15 years, Lewis fought to pass legislation to create the museum, introducing it at every session of Congress. Finally, on Dec. 16, 2003, President George W. Bush signed Lewis’ dream into law.

“I knew that if I was persistent and consistent, I would at least play my role well in this effort, but at most I could win a victory for humanity,” Lewis said in his article.

A throng of 20,000 people is expected to help dignitaries dedicate the $540 million museum almost in the shadow of the Washington Monument. High-profile dignitaries will be led by President Barack Obama, First Lady Michelle Obama, Bush and former First Lady Laura Bush. Members of the Supreme Court and Congress are scheduled to attend, as well as Oprah Winfrey and many other prominent African Americans.

The museum tells the history of the African American people in astounding detail. There are artifacts from every era – whips from the slave trade to glossy magazine covers adorned with Obama’s smile.

“We felt it was crucial to craft a museum that would help America remember and confront its tortured racial past,” said museum Founding Director Lonnie Bunch. “But we also thought while America should ponder the pain of racial segregation, it also had to find the joy, the hope, the resiliency, the spirituality that was endemic in this community.”

The resilience of the African American people is portrayed on all four levels of the building, with the exhibits ascending chronologically, starting with slavery and ending at the present day.

The history galleries make up the first three concourses.

Museum-goers begin their visit in the basement. Maps painted on the walls depict the routes of the transatlantic slave ships, and glass cases hold priceless artifacts.

Among the artifacts are Harriett Tubman’s shawl and hymn book; shackles used on an enslaved child; a “pocket copy” of the Emancipation Proclamation that soldiers read from when delivering the news of freedom to the U.S. Colored Troops; and the freedom papers that former slave Joseph Trammell carried.

After walking through the dark hallways, visitors enter an open room, greeted by the Declaration of Independence and statues of notable founders. One statue depicts Benjamin Banneker, an African American born in Baltimore County who was called on to help design Washington, D.C.

The third floor features the Community galleries, which highlight the successes of African Americans despite limited opportunities.

This area houses one of several interactive elements, titled the Hometown Hub. This multimedia exhibit allows viewers to scroll through stories about regional movement and settlement of African Americans through the past few centuries. Around the hub are individual projects focusing on African American culture and heritage in 10 major U.S. cities. The displays focus on major events in those cities, including one on the Tulsa riots of 1921.

“This exhibition explores the development of that community and it’s destruction,” said John Franklin, the senior manager in the Office of External Affairs. “We’ve had to obtain artifacts, documents and oral histories from individuals and institutions in order to construct the story.”

Athletics make their most prominent appearance on this floor, with an entire section devoted to the triumphs of African American sports heroes.

This exhibit includes equipment used by gymnast Gabby Douglas in the 2012 Olympics and gold medals from Carl Lewis’ illustrious track and field career. The sports gallery stresses the importance of athletics in the progression of civil rights, as the sports realm was one of the first to accept African Americans as equals.

The musical artifacts span generations, from singer Marian Anderson’s outfit from her historic 1939 concert at the Lincoln Memorial to Chuck Berry’s red Cadillac. Exhibits depict the connection between music and cultural development, as well as the relationship between musical tradition and social change.

Moving to the big screen, the gallery transitions to popular and groundbreaking African Americans in television and movies.

Actor Denzel Washington is depicted in the hospital drama St. Elsewhere, next to a photo of the cast of the 1970s sitcom Good Times. Displays explain how African American performers broke down barriers in pop culture and opened doors for other minorities.

The First Family makes several appearances in the political section of the gallery, with photographs of Obama as a child and a dress worn by the First Lady for the 50th anniversary of the March on Washington.

Other notable African American politicians are mentioned, including a large photo of Jesse Jackson’s presidential run in 1988.

The opening ceremony is slated to begin at 10 a.m. on Saturday, following a gathering and musical prelude that begins at 8. The museum will then be open to the public at 1 p.m. per timed passes, all of which have been distributed. Timed passes are completely booked until November.

For more information on the museum, the website is: https://nmaahc.si.edu/ 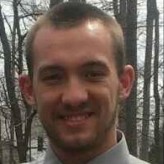 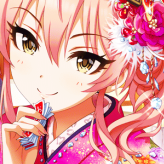 Julia Lee is a journalist in the Capital News Service data journalism bureau. She has interned at SB Nation's esports project, The Rift Herald, where she made graphics, oversaw social media and wrote for the site. She also worked for The Diamondback covering esports and other nerdy culture.