Why home-field advantage for the Washington Nationals may not matter in the first round of the 2016 baseball playoffs
By CNS Staff, Jake Eisenberg and Ben Harris  -  October 6, 2016
325 views

The Washington Nationals have home-field advantage for their playoff series against the Los Angeles Dodgers that begins Friday at Nationals Park.

Home-field advantage appears to be a boon for the Nats; but in the divisional round, it does not help as much as one might expect. 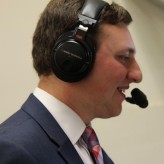 Ben Harris is a data journalist for Capital News Service. He is managing editor and graphic designer for Maryland Baseball Networkand covers the Philadelphia Phillies for the analytically bent blog Crashburn Alley.