At Women’s March, Marylanders say they want Trump to heed them
By Ellie Silverman and Talia Richman  -  January 21, 2017
287 views

WASHINGTON – As Olivia Brant marched through Washington, she thought of her diploma from the University of Maryland, her three years living in New Orleans, her opportunity to attend graduate school – all possible, she said, because she had an abortion when she was 19 years old.

Brant joined hundreds of thousands of grandmothers, mothers, daughters and allies from across the country during Saturday’s Women’s March on Washington in standing up for reproductive and other rights they feel are at risk under President Donald Trump’s administration.

“Having that right taken away is something I fear for women in the future,” said Brant, now 25.

Thousands of people from Maryland – a state that voted overwhelmingly last November for Democratic candidate Hillary Clinton – were among those who flooded the streets of Washington wearing pink “pussy hats.”

The massive crowd, which was estimated by organizers at about half a million people, swelled throughout the entire planned route and threatened the formal march to the White House, though protesters were told they could make their way to the Ellipse, south of the White House.

The women said they were protesting Trump’s offensive comments toward women and minorities. His Cabinet picks. His stance on climate change. His ties to Russia. And their lists went on.

“I wouldn’t want him to be in the same room as my daughter, much less be my president,” said 47-year-old Noreen Welch, who came from Clarksville, Maryland, to march with her daughter and niece.

As she stood in the crowd, Welch thought of her mother, who worked as a computer programmer in the 1950s. Back then, Welch said, her mother wasn’t allowed to sit with the other professional staff because she was a woman.

“I’m going to carry her memory with me as I march,” Welch said. “She paved the way for all of us.”

Others who marched said they were doing so for family members, as well.

“I want them to grow up in a society where they’ll have equal rights,” Kidwell said, “without fear of pussy-grabbing.”

Cardin posted photos with women sporting pussy hats and tweeted that he was proud of the Marylanders marching.

Clinton, who won the popular vote by about 3 million, also weighed in on the march via Twitter, where she wrote “Thanks for standing, speaking & marching for our values @womensmarch. Important as ever. I truly believe we’re always Stronger Together.”

The number of people protesting overflowed the initial rally area, where speakers such as feminist icon Gloria Steinem and actress America Ferrera addressed the crowd. Instead, pinked-hatted women overtook the streets surrounding the National Mall, many chanting Clinton’s famous line that “women’s rights are human rights.”

Lea Nerby’s husband was nervous for her safety at such a large protest and asked her not to go. But the 39-year-old mother of two said she’s acutely aware of her position in life as a white, upper middle class, educated woman and came from Prince Frederick, Maryland, to speak up for those less fortunate.

“I have the choice to stay at home because I don’t think it’s safe, but there are so many people in the United States who don’t have the choice,” she said. “I’m here because they shouldn’t have to be afraid…I was given that privilege and I’m using it to support others.”

Trump’s behavior throughout the campaign, in which he called Mexicans rapists, mocked a disabled reporter and was caught bragging about sexual assault in a leaked video prompted new levels of activism, marchers said.

For Melody Meyers, 19, this was her first political rally and she brought her 17-year-old sister along. “We care about reproductive rights of women and we don’t like Donald Trump,” Meyers said.

William Evans goes by “Rock” while working as a personal trainer, and “Miss Toto” when dressing in drag about four times a week. The 2014 University of Maryland graduate flew from Miami for the march and has been inspired by the people coming up to her and thanking her.

Miss Toto said she was offended that WhiteHouse.gov deleted the LGBT rights page after Trump’s inauguration. Despite the new president, Miss Toto said standing with the fellow marchers “feels amazing. I’m doing this to literally be on the National Mall in full drag. It’s so powerful.”

Barbara Gourdin, with about 150 others, traveled with Planned Parenthood of Maryland to the rally. Trump has threatened to defund the nonprofit organization, which provides women’s health care services, in addition to abortions, for many low-income women.

Some protesters held signs of coat hangers and wrote frustrated remarks about “still fighting” for these rights.

“In a democracy, you should have the ability to make your own choice. No one should tell you what you can and can’t do, especially about your reproductive rights,” said Gourdin, a Towson, Maryland, resident.

Michelle Peyton, 66, came from Havre de Grace, Maryland wearing a state-flag pussy hat. Since the election, she said she often finds her husband sitting at home, screaming at the television over news regarding the Trump administration. 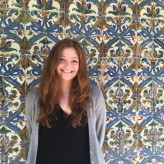