COLLEGE PARK, Maryland – Shatori Walker-Kimbrough was locked in a zone mentally. Who could blame her after how Maryland’s women’s basketball team ended their season earlier than expected in last year’s NCAA Tournament?

“As a team, we wanted to come out and make them feel our presence,” the senior guard said Friday.

Walker-Kimbrough finished with 28 points and set the tempo early for the Terrapins as they coasted to 103-61 victory over 14-seed Bucknell in the opening round of the NCAA Women’s Basketball Tournament.

Maryland (31-2) played with a sense of determination and something to prove in the first quarter, perhaps owing to being slotted as a three-seed in a region with undefeated and No. 1 Connecticut, despite winning 30 games and finishing the season ranked fourth in the nation. But don’t tell that to Maryland coach Brenda Frese’s squad.

“It’s just a number in front of our name,” said freshman point guard Destiny Slocum. “The number doesn’t change how we play.”

Maryland played stifling defense throughout, forcing 20 Bucknell turnovers and converting them to 23 points while only giving the ball up five times. The Bison (27-6) could not find an answer for senior center Brionna Jones, who finished with her 23rd double double of the season, scoring 25 points and grabbing 10 rebounds.

“We knew we were probably going up against two of the top five picks in the WNBA draft,” said Bucknell head coach Aaron Roussell. “The double-team [defense on Jones and Walker-Kimbrough] was foreign language to us…something we didn’t consider.”

A big 45-22 lead at the half allowed Frese the opportunity to go to her bench early in the third quarter. Twelve different Terrapins scored in the game, including Ieshia Small, who scored 10 points, and Kiah Gillespie, who added eight.

“Our seniors set the tone,” Frese said, “and allowed our younger players to get going.”

Maryland will face six-seed West Virginia on Sunday in College Park after the Mountaineers defeated 11-seed Elon, 75-62. The Terrapins’ season ended in the second round last year to Washington, 74-65. A win advances Maryland to the Sweet 16 for the 13th time in program history. 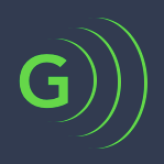