For Orioles, international market not as appealing
By Chris Rogers-Spatuzzi  -  September 21, 2017
228 views

As the game becomes increasingly global, the Orioles were the lone team in the majors not to dip into the international market this summer, per Baseball America. Conversely, the San Diego Padres signed a league-high 34 international players, and the Orioles’ American League East rival Boston Red Sox inked 31.

More than 350 international players signed contracts with major league teams this summer, according to Baseball America. Most of these players are from Venezuela and the Dominican Republic, but signees also come from places like the Bahamas, Australia and the Netherlands.

Baltimore, however, has consistently shied away from the international market.

Of the 12 Orioles position players to appear in at least 60 games this season, only Jonathan Schoop is an international signing, coming out of Curacao in 2008. Only two of the 12 most used pitchers on the team were international signings – Ubaldo Jiménez and Miguel Castro – and neither were originally signed by Baltimore. Anthony Santander, originally signed out of Venezuela by Cleveland in 2011, is the only international representative in the Orioles’ top ten prospects, according to mlbpipeline.com.

The team’s domestic focus can be traced to the philosophy of the team’s ownership and management. For the Orioles, it may be easier to convince owner Peter Angelos to pay the signing bonus for a well-scouted high school or college draftee such as Manny Machado, than to dish out money for a little-known Dominican or Venezuelan player, said Jeffrey Paternostro, a senior prospect writer for Baseball Prospectus.

“Every team has a budget, both for the major league team and player development, and they have to decide where to allocate those resources,” Paternostro said. “Teams like the Yankees and Padres have been very aggressive in [the international] market…but there are some teams, like the White Sox before and the Orioles now, that just will not spend money there.”

Unlike U.S. and Canadian high school and college players, foreign-born players are not eligible for the MLB draft that is held every June. Instead, they are eligible to sign free agent contracts with teams starting as young as 16.

Signing players that young can be a gamble, Paternostro said, but one that many teams are willing to take.

“It’s difficult to know what a 16-year-old is going to look like physically at 22. It’s not easy at 18 either for [high school] players, but you have two more years of information and a better amateur track record to go on,” he said. “But, you’re getting them earlier, so you can get them into your system earlier.”

The signing window opens each year on July 2, and each team starts with a bonus pool of $4.75 million to sign international players, while low-revenue and small market teams have a chance to begin with up to $5.75 million, as laid out in MLB’s collective bargaining agreement.

Teams can use this money to sign international free agents that are younger than 25 and have fewer than six years of foreign professional experience. Or they can choose to trade their funds away to other teams, as the Orioles have done recently.

According to the Baltimore Sun, they have traded away international bonus money on nine different occasions this year. Only one of the players they’ve received in return has seen the majors this season: Jeremy Hellickson, who has a 7.29 ERA in nine starts since coming to Baltimore from the Phillies on July 29.
The Orioles declined to comment. But General Manager Dan Duquette explained the reasoning behind the trades to the Baltimore Sun in August.

“We’ve been utilizing the international slot money to help us acquire some pitching to help our team,” Duquette told the Sun. “A lot of the other clubs will invest it in pitching to help us in the future or players to help us in the future. We use it to try to strengthen our pitching staff now while we have a window of opportunity with the position players we have here. That’s just utilizing a trade resource to impact your team now rather than three, four, five years down the road.”

Baltimore stands to miss out by avoiding the international market, as these signings can turn into some of the game’s best players. Houston Astros’ second baseman Jose Altuve, the MLB position player leader in WAR (Wins Above Replacement) per Fangraphs, was signed as an international free agent out of Venezuela in 2007. Jose Ramirez, the young star at the center of the surging Cleveland Indians, signed out of the Dominican Republic in 2009. Schoop has been the Orioles’ best player this season, leading the team in WAR, OPS, batting average and RBIs.

In fact, of the 70 MLB All-Stars in 2017, 17 of them originally signed as international free agents. On the whole, 32 percent of the league is international. The future of the game is increasingly global, too. As of September, six of the top ten mlbpipeline.com prospects have international origins.

The Orioles have made the postseason three times since 2012, but sit seven games under .500 and five and a half out of a playoff spot as of September 21. For a team with a farm system that consistently ranks in the lower third of baseball, and the impending free agency of Adam Jones and Manny Machado, they are seemingly on the brink of a rebuild. Whether or not they choose to invest in international talent as a part of this remains to be seen. 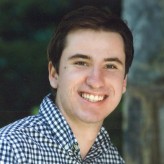