BALTIMORE — A fire led to the eventual end of Phoenix — a groundbreaking Maryland public school program for children with addiction that closed in 2012 — but the state could see institutions like it rise again from the ashes.

Recent spikes in the Maryland heroin and opioid epidemic have triggered calls for substantial changes in education systems statewide, and a state work group is weighing the return of recovery schools after a Sept. 7 meeting.

For Kevin Burnes, 47, of Gaithersburg, Maryland, attending a recovery school separate from his hometown high school was life-changing.

Burnes said in a public letter that he began to experiment with drugs and alcohol at age 10, and his addiction to alcohol quickly escalated to PCP. He found himself homeless and was admitted into a psychiatric institute, he wrote.

However, after finding Phoenix, a recovery program for secondary school students with addiction, and attending for two years, his whole life turned around.

“What I can tell you is that this program undeniably saved my life,” said Burnes, now a full-time musician living in Frederick, Maryland. “The largest part of Phoenix’s success was due to the fact that everyone was involved. It was a community effort. It’s a community issue.”

State legislation that passed this year — known as the Start Talking Maryland Act — came into effect in July and directed schools in Maryland to take precautionary measures against opioid exposure and abuse. It also established the work group.

The panel is charged with evaluating and developing behavioral and substance abuse disorder programs and reporting their findings to the General Assembly, according to a state fiscal analysis.

The legislation additionally requires:
–To store naloxone in schools and train school personnel in the drug’s administration
–Public schools to expand existing programs to include drug addiction and prevention education
–Local boards of education or health departments to hire a county or regional community action official to develop these programs
–The governor to include $3 million in the fiscal 2019 budget for the Maryland State Department of Education for these policies
–Schools of higher education that receive state funding to establish these similar policies and instruction in substance use disorders in certain institutions

The Phoenix program and similar secondary schools that followed it were created specifically for students in recovery from substance use disorder or dependency, according to the Association of Recovery Schools.

“What we’ve known anecdotally for a while, we are starting to finally see with data. These high schools have positive effects on preventing and reducing adolescent alcohol and drug use as well as supporting the abstinence of kids post-treatment and seeing a positive impact on academics,” Dr. Andrew Finch, Vanderbilt University researcher and co-founder of the Association of Recovery Schools told the University of Maryland’s Capital News Service.

The first of its kind in the United States, the original Phoenix I school opened in 1979 as an alternative program in Montgomery County, Maryland, that provided both an education and a positive peer culture centered on recovery. Phoenix II followed, also in Montgomery County.

Since then, about 40 schools have opened nationwide, according to Finch, but none remain in the state of Maryland.

“It was amazing the support that the students gave to each other. We would have weekly community meetings where they would praise each other for their commitment, but if they weren’t working toward sobriety these kids were the first ones to rat on each other,” Izzy Kovach, a former Phoenix teacher told the University of Maryland’s Capital News Service. “It was a real sense of family…”

Critical to the Phoenix schools were outdoor challenges, said Mike Bucci, a former Phoenix teacher for 20 years, in a report. Along with regular days of classes and support groups, students would go from climbing 930-foot sandstone cliffs at Seneca Rocks, West Virginia, to biking the 184-mile length of the C&O Canal to sailing the waters of the Chesapeake Bay.

“These trips helped form lifelong bonds along with an ‘I can’ attitude,” Bucci wrote.

The Phoenix schools at their largest enrolled about 50 students each at a time, according to a Montgomery County Public Schools report.

After years of successful work, the Phoenix schools began to lose their spark. Tragedy struck in 2001 when the Phoenix II school burned down.

However, instead of remaining a standalone recovery school, Phoenix II continued on as an in-school program, and eventually Phoenix I followed, according to Kovach.

“The program lost its validity with this model (with students integrated into other alternative secondary programs in the county). The students knew it, the parents knew it, and eventually key staff left because they also saw it was ineffective,” Kovach said.

Eventually, enrollment dwindled down to only three students and the Phoenix program closed its doors in 2012, according to a report compiled by a community advocacy group Phoenix Rising: Maryland Recovery School Advocates.

Five years later, with the rise in drug use throughout the state, talk of bringing back recovery school programs have reemerged.

“Whenever you have a program where there aren’t many of them, like recovery schools, people just don’t don’t think of them as an option. But, it is slowly changing and it’s even starting to be picked up by the media,” Finch said.

The epidemic is gathering attention and resources in Maryland — Gov. Larry Hogan declared a state of emergency from March 1 to April 30 and committed an additional $50 million over five years to help with prevention.

From 2014 to 2017, the number of opioid-related deaths reported in Maryland between Jan. 1 and March 31 more than doubled — taking the death toll up to 473, according to state health department data. Since then, the work group has begun to look at these numbers and is beginning to discuss various models for these new recovery programs.

Lisa Lowe, director of the Heroin Action Coalition advocacy group, said she fears that the work group will not be able to understand how to move in the right direction without having students, parents or teachers with lived experience contributing.

“Instead of just guessing what’s going to work, why not ask the people who are living it?” Lowe said.

The work group has considered either creating a regional recovery school or bringing the recovery programs into already existing schools — both models in which Burnes, Lowe and many others are not in favor.

Lowe said students in recovery need to get away from “people, places and things,” a common phrase that is used in 12-step programs. With a regional school or an in-school program, Lowe said, it is more difficult to maintain after-school programming and local peer support groups, and it will bring recovering students back to where their problems started.

The start-up costs for Year 1 for one recovery school are estimated to range from approximately $2,258,891 to $2,473,891 depending on whether the school is operated only for Montgomery County students or as a regional recovery school, and again should enroll about 50 students age 14 through 21 years (or Grades 8 through 12), according to a state report.

“The overdoses are not occurring as much at the high school level, but that’s where they start. They start in high school and they start in middle school. We have to get the program in place so that we don’t have the deaths later on,” said Kovach, the former Phoenix teacher.

Rachelle Gardner, the co-founder of Hope Academy, a recovery charter high school in Indiana, said that these recovery schools are needed all over the country to help battle this substance abuse crisis.

“Addiction is addiction, when you walk into a 12-step meeting you’re in a room of addicts. You have to treat the addict in itself and we have to meet everybody where they’re at regardless of their drug of choice,” Gardner said.

The workgroup is continuing to develop their ideas for recovery schools and are expected to present their findings to the State Board of Education on Oct. 24.

*The story has been corrected. A previous version misstated the source of a report in the 18th paragraph; and mischaracterized where students were taught once integrated into other schools. 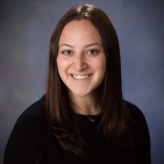