BALTIMORE, Maryland — This week, 5,000 turkeys made their way from the Giant supermarket chain to food pantries around the region — including 1,000 to the Maryland Food Bank.

The contribution is expected to help 51,000 people, according to the Maryland Food Bank.

“We rely very heavily on donated food, and folks like Giant go a long way to make sure that we can put out as much variety and quantity… and (people can) get a meal out of it,” said Carmen Del Guercio, president and CEO of the Maryland Food Bank.

The Maryland Food Bank, a non-profit dedicated to eliminating hunger, headquartered in Baltimore, distributes more than 112,000 meals per day to senior citizens and low-income communities.

“People kind of take this issue, I think, for granted…people tend to think that this is a homeless issue or a poverty issue, but nearly 40 percent of the people who are food insecure are working families who don’t make enough to make ends meet,” said Del Guercio.

The cost of living and healthcare often forces individuals who cannot make ends meet to rely on food banks for a nutritious meal. The food bank has also experienced an increase in need from individuals who suffer from diabetes and obesity, Del Guercio said.

Joanna Warner, the director of communications for the Maryland Food Bank, said that despite the stigma associated with relying on food banks, there is a wide range of people the Food Bank serves.

“What we say is that a lot of the individuals that we serve, they just had one unexpected event in their life that suddenly created all sorts of chaos,” said Warner. “I mean they lost a job or they had some medical condition unexpectedly. Anyone can be food insecure at anytime — it’s not necessarily just a low-income individual.”

Each food bank is expected to receive 1,000 turkeys from Giant this week, officials said Wednesday.

In 2016, Giant’s donation to regional food bank partners and local pantries was worth more than $9 million, according to the Maryland Food Bank.

“Anytime we get a large retailer like this, who’s committed to the same issues that we are and making sure that we are getting access to food that we can get out to the community, then I think it is helping us have an impact,” Del Guercio said. 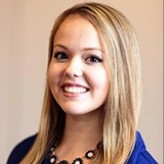