Prince George’s County Executive Rushern Baker and Montgomery County Executive Ike Leggett pledged to commit to responsible economic and social development along the route of the Purple Line. The 16.2-mile light-rail line is planned to cut through both counties, from downtown Bethesda to New Carrollton, Maryland.

The agreement emphasizes four goals for community leaders and government officials along the corridor: support and grow local businesses, increase the local labor market, ensure housing for all incomes, and promote sustainable and vibrant communities.

University of Maryland, College Park President Wallace Loh also signed the agreement, committing to equitable development of the corridor that includes five stops in and around the College Park campus.

“It is certainly a moral obligation. It is an institutional obligation to make sure that the community and economic benefits of the Purple Line spread throughout our whole region,” Loh said.

“By providing residents with better access to both education and employment opportunities, the Purple Line has the potential to make the corridor labor market even stronger and more balanced,” said Torres.

David Bowers, vice president of Enterprise Community Partners, a nonprofit invested in creating opportunities for affordable housing, gave the fiercest speech of the day, urging those leaders in the room to make the agreement come to fruition, to learn from the mistakes of previous efforts at community development, and to insure affordable housing along the corridor can stay affordable.

Some of the concern for the retention of affordable housing stems from low-income, diverse neighborhoods in Prince George’s County such as Langley Park and Riverdale Park, as well as Long Branch in East Silver Spring, according to Torres.

Although the agreement, titled “Pathways to Opportunity,” is not legally enforceable, the political and community leaders in attendance at The Hotel at the University of Maryland, College Park said they hope it will serve as a moral guide to those who will be leading economic development after the Purple Line is projected to be completed in 2022.

The Purple Line Corridor Coalition was established in 2013 to create opportunities for those living and working along the rail line, a route being built under the state’s $5.6 billion contract with Purple Line Transit Partners that was approved in April 2016. 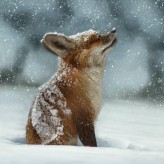 Charles Mitchell is a journalist in the Capital News Service Annapolis bureau. He has worked as an editorial intern for Capitol Standard, a staff photographer for The Writer’s Bloc, and a staff writer/photographer for Plex magazine. Email: cjmitch2@terpmail.umd.edu | @res_vox