ANNAPOLIS, Maryland — Various systematic issues within the Maryland’s Juvenile Services Education System have consistently interfered with students receiving instruction at the same quality as that available to pupils in state schools, according to quarterly reports from an independent monitoring unit.

The Juvenile Services Education System, more commonly referred to as JSES, was established in 2004 by the state Legislature in effort to provide a comprehensive education program for children within the state’s Department of Juvenile Services.

Under the supervision of the state’s Department of Education, all offenders are required to have six hours of education daily, with lesson plans stemming from the state’s College and Career Readiness Standards, including core courses like language arts, mathematics and sciences.

Inmates who participate in correctional education programs are 43 percent less likely to return to prison than those who did not, according to a study released in 2013 from the RAND Corp., a research organization in California.

A more individualized structure within Maryland’s juvenile detention and placement centers could be beneficial to the education system, the Juvenile Justice Monitoring Unit housed in the Office of the Maryland Attorney General found.

“We conduct unannounced visits, but we tend to prioritize facilities that we think are struggling,” Nick Moroney, the director of the monitoring unit, said. “Kids are coming in off the street and they have different needs educationally.”

The Juvenile Services Education System is a year-round program, unlike a traditional public school that is open for around 10 months with vacation time. Average time for a youth within a detention center is about 30 days, but can vary from a few weeks to six months, according to the Department of Juvenile Services.

The three most common offenses for children in detention are second-degree assault, robbery, and burglary, and the age of youths average between 14 and 19 years old, with more than 70 percent between 15 and 17, according to the Department of Juvenile Services.

All detention facilities within the Juvenile Services Education System are organized by living unit, which is based on individuals’ charges and the relationships the youths have with one another, rather than by grade level, according to the monitoring unit.

Grace Reusing, an assistant public defender within the Public Defender’s Office, has been filing complaints on behalf of families in the Juvenile Services Education System since 2014, all of which state that practices within the program, including failure to provide Individualized Education Programs for those with special education needs, are in violation of federal law.

When a violation is found, the administrative staff of the Juvenile Services Education System is required to address the complaint and document the reparations, according to Deborah Grinnage-Pulley, executive director of the system.

In one-and-a-half-hour classes, with about 12 students per classroom, teachers are expected to teach curriculum that fits the needs of each student, regardless of the skill level of each individual.

Ivor Mitchell, the former principal of the Baltimore City Juvenile Justice Center, one of the 13 facilities, served as an employee of the Juvenile Services Education System from July 2015 to July 2017 and was the third administrator at the Baltimore center in four years. He quit his position, he said, because he constantly found himself disappointed with how the system was run.

“They take curriculum from the public school system, and therefore is based on a 10-month scale,” Mitchell explained. “There are things like spelling bees and math competitions, which is okay, but it really is academic babysitting versus giving them a chance to gain traction.”

Another issue accounted for in the monitoring unit’s reports is retaining the teachers, who are hired by the state Department of Education.

The areas in which there are difficulties finding certified teachers include technology education, special education and math, according to Sylvia Lawson, deputy state superintendent for school effectiveness and chief performance officer.

“One reason for the issue of (staff) retention is that the surrounding school systems just pay better in the metro area where many of the facilities are located,” Margi Joshi, a monitor of several facilities, said.

The state’s Department of Education, with help from the Office of Human Resources, offers a sign on bonus and retention bonus as incentives to hire certified teachers who will continue employment with the Juvenile Services Education System, according to a written response from the Department of Education to a monitoring unit report. The response also states that administrators of the Juvenile Services Education System have recently hired a human resources liaison who is dedicated solely to finding staff for the program.

Moroney also explained that teachers and principals who work for the Juvenile Services Education System see working year-round as a major issue in terms of their wanting to stay in the system.

Maryland state Sen. Dolores Kelley, D-Baltimore County, has advocated for an increase in funding for JSES programming in order to attract and retain teachers and other staff.

“I was really trying to get them to agree to a bill that didn’t get anywhere because I was asking for comparable pay and standards,” Kelley told the University of Maryland’s Capital News Service. “Many things that are very basic that any public school would be taken to the woodshed for not doing, haven’t been done. The vision is just not there on part of the department.”

All facilities are equipped with computer labs, smart boards and iPads for student use, but there are several factors that prohibit the children from benefiting from technology, according to Kelley and agency monitors.

“Our observation on that is that technology is not consistently available to kids and teachers in MSDE (Maryland State Department of Education) JSES (Juvenile Services Education System) schools,” Moroney told Maryland’s Capital News Service in an email. “Stuff breaks and takes forever to get fixed.”

The state’s Department of Education provides professional development to teachers on the most effective ways to integrate technology into their daily lessons, according to Grinnage-Pulley.

“The kids are very aware of the fact that one really promising way to get back on track is school, they very much understand that,” Eliza Steele, one of the monitors from the Juvenile Justice Monitoring Unit, explained. “But they’re stuck in a system that doesn’t represent a fair opportunity to get out of it.”

Mitchell, as well as the team of monitors, explained that many educators and principals will have ideas for how to introduce programs that they feel will be meaningful for the kids, but they’ll be shot down by the administration for not following the current system.

“Adhering to (the Maryland College and Career Ready Standards) is critical to the future success of those students,” Grinnage-Pulley told the University of Maryland’s Capital News Service in an email. “There is plenty of room for teacher creativity within the parameters set forth.”

Grinnage-Pulley noted that following the standards set in place, which are used by Maryland public schools, are designed to make certain students who return to school do not fall behind.

According to a 2012 study from the Federal Interagency Reentry Council, 66 percent of youth do not return to school after they are released from juvenile services facilities.

“You come in thinking that you are going to be a change agent and what you quickly realize is that what they want you to do is be a soldier and implement bureaucratic strategies that you know don’t work,” Mitchell stated.

Cheltenham Youth Detention Center, which was renovated and reopened on Nov. 16, 2016, prides itself on having a computer lab, smart boards in every classroom and elective courses, such as pottery, available in its education hall.

The facility is in Prince George’s County and has the capacity to fit 72 male inmates; as of Nov. 17 this year, 42 boys were housed in the facility.

The principal of Cheltenham, Michael Dodson, requires his teachers to submit a semester schedule, as well as weekly lesson plans to ensure teachers from the state Department of Education and employees from Maryland’s Department of Juvenile Services are on the same page.

As of last month, there were 11 teachers — six dedicated to core courses, four for classes geared toward special education and one resource teacher — who work at the facility.

When Dodson arrived in July, he made an effort to transform the designated classrooms into real workspaces by asking the teachers to decorate the white, cinder block walls with things that would typically sit in a public school classroom. The math classroom is filled with colorful posters, while the social studies room has a map on the back wall.

“The atmosphere is very important because if a classroom looks like the schools these kids used to go to, they’ll be more engaged and willing to learn,” Dodson explained. “Our kids have great relationships with their teachers, and the ones who have been here longer are very protective of their teachers.”

He also requires teachers to incorporate technology — either the computer lab or iPads — at least once a week. Programs such as office skills management and career research development are also offered for the young men at the facility.

While Dodson is having success at Cheltenham, the system in its entirety is not promoting the best solution for children in the juvenile justice system, according to the monitoring unit.

“It seems to us it doesn’t make sense to keep doing the same thing and seeing the same result,” Moroney said. “MSDE (Maryland State Department of Education) itself really needs to advocate in a much better way for the JSES (Juvenile Services Education System) to be properly resourced.”

The state should evaluate the feasibility of the Department of Education Juvenile Services Education System continuing to maintain responsibility for education services within the facilities, monitors wrote in their most recent report.

Moroney told the University of Maryland’s Capital News Service that he suggests some laws and regulations be revisited, or that pilot programs and charter schools could be the better route for these children.

“It should be the most direct, high-impact program because you have an audience that is captive until their release for a lack of a better word — they want to learn,” Ivor said. “Their back is against the wall, life has moved on without them and they know it. They want an opportunity not just to learn but to progress their educational futures.” 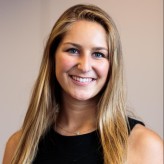