COLLEGE PARK, Maryland — Transportation officials continue to make strides in the development of the Northeast Maglev – a high-speed train that would take riders from Washington, D.C. to Baltimore in about 15 minutes.

Here are some of the project highlights:

Transportation officials are considering two possible routes, both parallel to I-95, the Washington Post reports. The first route would run on the east side of the highway, but would encroach on federal land including the National Security Agency (NSA) at Fort Meade and the National Aeronautics and Space Administration (NASA) in Greenbelt. The second route would run on the west side, interfering with residential properties.

Regardless of route, not all locals are on board. The project has been a point of contention, with many expressing concern over its feasibility and economic drawbacks.

Dozens of people gathered and voiced their opinions at a rally on Lawyers Mall in Annapolis earlier this month.

Anne Arundel & Pr. George’s residents we need your help saying NO to #Maglev, the $10B train we’ll all pay for but none of us will ride. Call your state reps & members of Congress today! pic.twitter.com/dt7lutOWZ7

Here are picture from the event tonight for #MAGLEV. I’m so very proud of the Unions who showed up tonight in support of infrastructure jobs in MD! 300 strong who understand the significance of this project for MD! We need #TNEM! pic.twitter.com/oKqUhU1s7U

Two side to every story. Proponents and opponents of the #Maglev train project gather on Lawyer’s Mall in #Annapolis. Train has potential to make trip from DC to Baltimore 15 minutes. @ABC2NEWS pic.twitter.com/ZEym4JAmRK

On Mon., Feb. 12, several carpenters from NRCC’s Local 177 and others gathered at lawyer’s mall in Annapolis Maryland in support of the Maglev high-speed train project. The demonstration was featured on ABC 2 News on Channel 13.@ABC2NEWShttps://t.co/ggbcJGRWan pic.twitter.com/bMJ1YnZHQR

More than 1,700 people have signed a petition asking Maryland Gov. Larry Hogan to stop the project. 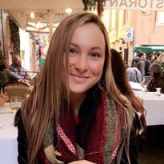