René Hofstetter, 21, was convicted of homicide and sentenced to 12 years in prison. Mathias Wilbs, 38, an employee of the Hofstetter estate where Villamayor was killed, was sentenced to two years and 10 months on obstruction of justice for manipulating the crime scene.

Following the sentencings, Maryland Sens. Chris Van Hollen and Ben Cardin, both Democrats, released a joint statement Wednesday, commending the collaborative work of Paraguay and the United States in seeking justice in what was a troubled case.

“Alex Villamayor’s murderers have finally been brought to justice thanks to the tireless work of his family, the efforts of Paraguayan judicial officials, and vigilance from the U.S. government,” the senators said. “This has been a long and complicated process, but we never stopped working to shine a light on this tragedy and to seek justice.”

But for Villamayor’s family, the fight still isn’t over. In a letter to his late brother posted Tuesday on Facebook, 23-year-old University of Maryland student Antonio Villamayor wrote, “We will not settle calmly with the verdict.”

The family said its legal team plans to appeal Hofstetter’s sentence, saying it was too light. And the family will press for prosecution of another individual, Alain Jacks Díaz De Bedoya, whose charges were dropped before the investigation had ended, according to Kim Luk, Villamayor’s aunt, of Bethesda, Maryland.

The family believes that De Bedoya is also guilty of Alex Villamayor’s murder, but due to double jeopardy, plan to seek charges related to obstruction of justice.

“Having grown up in that country, it wasn’t a surprise, that they’d allow for corruption to happen,” Antonio Villamayor told Capital News Service in an interview.

Antonio Villamayor said his brother was born in Maryland, but lived in Paraguay with his parents throughout middle and high school. Two weeks after his high school graduation, he had gone on vacation to the Hofstetter estate in Obligado.

On June 27, 2015, the night of his death, the youth drank cucumelo tea (a psychedelic substance) with Hofstetter and De Bedoya, according to both Paraguayan and American news reports. The trial proved Alex Villamayor suffered physical and sexual abuse prior to being shot in the head and killed.

However, the grotesque details surrounding Villamayor’s murder only emerged after his family took action to ensure his case was properly investigated.

Paraguayan prosecutor Olga Araújo had initially ruled Villamayor’s death a suicide, and was later suspended from the case and dismissed by the Public Ministry for “gross negligence in the investigation of a homicide,” according to Miami’s El Nuevo Herald.

“The persistence of the family made this happen,” German Rojas, Paraguay’s ambassador to the United States, said in an interview with CNS.

Villamayor’s family has been fighting for justice since the summer of 2015.

His parents, Luis Felipe Villamayor, who is a former Paraguayan congressman, and Puning Luk, promoted their son’s story in Paraguay and the United States and reached as many media outlets as they could. They attended the trial every day and continue to speak out against corruption and injustice on social media. They run the Facebook page “Justicia Para Alex,” which has more than 18,000 followers.

Kim Luk spearheaded advocacy for her nephew’s case in the United States. She had planned to have Villamayor live with her in the fall of 2015, when he was slated to begin attending Montgomery College. She said he was warm and funny, and like a son to her.

Villamayor’s case and trial have been prominent news in the Paraguayan media. Kim Luk said that the case “isn’t just about us, it’s about the injustices in Paraguay.”

“The Paraguayan people are really paying attention to this, and other victims of corruption have reached out to us. So we’re kind of their hope for justice, too,” said Antonio Villamayor.

Rojas acknowledged that corruption is a prominent issue in Paraguay and said the country is working to create a culture of transparency and accountability. In February, Transparency International’s 2017 Corruption Perceptions Index ranked Paraguay as the second-most corrupt country in South America.

Kim Luk said she prays other American citizens in similar situations never have to face the grueling process endured by her family.

She recalled how disheartening it was in the months following the tragedy to garner support from American politicians despite a slew of messages to the American embassy, State Department and lawmakers.

“The worst thing aside from grieving and loss is trying to get the government to help,” she said.

The office of Van Hollen (who was still in the House representing Maryland’s 8th District at the time) was the first to take action in 2015 and has been the most active in helping Villamayor’s family, according to Kim Luk.

Additionally, Cardin worked with Van Hollen and Villamayor’s family to introduce a Senate resolution in February criticizing Paraguay’s handling of the case and urging the nation to authorize U.S. assistance in the investigation. (That resolution still has not been voted on.)

While the window for FBI involvement in Villamayor’s case has passed, the resolution also urges a review of the State Department’s procedure regarding services for the families of American citizens who are attacked abroad.

“Despite the climate we’re in, to ‘Make America Great Again,’ there is no one who can protect you overseas,” Kim Luk said.

But Rojas said that Paraguay’s appointment of Sandra Quinoñez as State Attorney General in March presents a good opportunity to reestablish mutual cooperation between Paraguay and the United States. 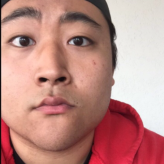