ANNAPOLIS, Maryland — Every other Wednesday morning, Jack Mills and Wendy Ross, with the Somerset County Humane Society, load up their truck of cats and dogs and drive two hours to the Spay Spa and Neuter Nook in Davidsonville, Maryland.

Mills and Ross bring a truckload of around 40 animals, mainly cats, between 9:30 a.m. and 10 a.m., when the clinic begins a day spaying and neutering the animals.

Somerset, one of the poorest counties in Maryland, does not have its own low-cost clinic or animal shelter. Without the state Spay and Neuter Grant Program, counties like Somerset would not be able to manage the care of cats and dogs, program officials told Capital News Service.

Places like the Spay Spa and Neuter Nook receive the majority of their funding from this state grant and donations, which is why they can afford to help The Humane Society of Somerset County.

Fewer adoptable dogs and cats are being euthanized in Maryland since the state began a Spay and Neuter Grants Program in 2013, according to data from the Maryland Department of Agriculture compiled from 2013 to 2016.

Euthanasia decreased by 39 percent, to 4,979 animals, from fall 2013 to the end of 2016, and total intake decreased by 3 percent statewide, to 18,504 animals during the same time period, according to the Maryland State Department of Agriculture’s initial report on the program.

Animal intake increased from 2015 to 2017, but the program has maintained a steady decrease in the statewide euthanasia rate, according to the four quarterly reports on the program in 2017.

Money for the grants comes from a fee charged to pet food companies that register to sell their products with the state’s chemist’s office, according to the Maryland Department of Agriculture.

Full care — including vaccines, surgeries and generic costs for cats and dogs — is more expensive than just a sterilization operation, because typical veterinarians have more equipment, more surgeries, and allot more time per animal.

The grants program opens up the opportunity for more affordable care of animals for a more reasonable price by paying for efficient, spay-and-neuter-only procedures.

According to Spay Spa and Neuter Nook owners Kathy and Bob Evans, in their five and a half years, their clinic has completed “somewhere between 32,000 to 33,000 surgeries on animals with about 60 to 70 percent being free or low cost.”

The clinic is a low-cost subsidiary from their no-kill animal sanctuary, called Rude Ranch, in Anne Arundel County, Maryland.

Usually it costs $40 for a male cat, and $55 for a female cat. Dogs range between $65 and $175, depending on size. From there, the grant program provides additional discounts.

“Our vets do around 35 surgeries a day per vet,” said Bob Evans, one of the Spay Spa and Neuter Nook owners. “The record is 66 (surgeries) by one vet in one day.”

Their low-cost clinic also brings in animals from other counties that don’t have a clinic.

The program awards grants yearly and collects animal intake and euthanasia data quarterly for the state, according to the Maryland Department of Agriculture.

The first year that the program charged for registered pet feed, the fee was $50 per feed.

Until September 2015, the cost was $75 and then after that $100, in order to ease the pet food industry into the cost, according to a fiscal policy analysis of the bill.

Program Coordinator Jane Mallory said the pet food industry was the “best source of money” because it is a stable industry. She also said it lets her distribute the grants in a responsible and efficient way.

While the amount of grant money received and number of products registered in the state fluctuates every year, Mallory said she is impressed because the grant program “stretch(es) their dollars like you wouldn’t believe.”

Susan McDonough, a veterinarian and surgeon with Anne Arundel County Animal Control, said she does about six or so spay and neuter surgeries per week.

McDonough was an appointed member to the task force, and said she is “impassioned because of too many animals and too few homes.”

“Animal Control Anne Arundel County hasn’t killed any animals for three years,” said McDonough. “We do everything possible to get animals out of here … whatever it takes.”

At the time of its establishment, many individuals in the pet food industry questioned whether a charge on pet feed in the state was the right option.

Testimony in opposition to the original legislation asked for the state to implement a charitable  alternative, such as license plates, cash donations or a state tax.

But Mallory said she thinks the structure of the program is “the most efficient in most impacting way.”

Mallory said Connecticut has had a spay and neuter program in place for 10 to 12 years, but their program is voucher-based with some money set aside for feral cats.

A task force was established in 2011 to study the intake and euthanasia of dogs and cats in shelters in Maryland. The members of the task force included two appointees each from the state House and Senate, and 12 individuals appointed by Republican Gov. Larry Hogan.

Data on euthanasia and intake of cats and dogs was collected and sent to the Maryland Department of Agriculture, and the task force compiled recommendations in 2012.

Senate bill 820, which became law in 2013, established the statewide Spay and Neuter Grants Program and set aside funds from administrative fees and other incidental costs.

The majority of the money is distributed annually among each of the animal shelter grant applicants.

The program began collecting money in fiscal year 2014, and did not officially reward grants until fiscal year 2015. The legislation is scheduled to expire in 2022, and it is up to the Legislature to renew the grant system.

While people like Mallory, Melissa Jones, chief veterinarian at the Baltimore County Animal Shelter, and the Evanses are unsure of the true effects of the grant program, they all agree that they have seen a decrease in animal intake in shelters and praised the program’s potential.

McDonough said this program has already raised public awareness about shelters and about the opportunity to spay and neuter cats and dogs, but could use more attention.

Jones said “there are low-cost clinics everywhere” and that when it comes to pet homelessness and stray animals this whole system is really a “community program.”

Advocates like McDonough and Baltimore Animal Rescue and Care Shelter Director of Development JoAnn Goldberger,  say that this awareness helps save more animals and informs residents about shelters and low-cost clinics.

“Sheltering is a lot to learn,” said Goldberger. “The public needs to know more about it and how they can help.” 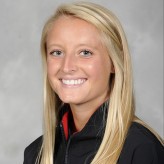