CATONSVILLE, Maryland — A huge Confederate flag flies above the family home of retired Air Force Lt. Col. John P. Zebelean III. In the yard is a redbud tree grown from a cutting of one belonging to Gen. Robert E. Lee. A cat named Sherman, after the famous Union general, mills about.

In the basement, where Zebelean lived until his mother died and he moved upstairs to her room, are Civil War photos, a musket, the Confederate flag he flew in his dorm room at the University of Maryland and other reminders of the era he adores and celebrates.

Zebelean, the division adjutant for the Maryland Sons of Confederate Veterans, and Terry Klima, its commander, talked recently with Capital News Service about the organization, the Civil War and what both men see as an inaccurate portrait of them and the group as white supremacists.

Festooned with Confederate medals and ribbons, both men were friendly and open to answering all questions and accusations.

“We feel very comfortable in our own skin, so to speak,” said Klima. “We have to fight that all the time” referring to accusations of racism.

Less than a month after the then 21-year-old walked into a church in Charleston, South Carolina and shot and killed nine churchgoers, the Confederate flag was removed from the state’s Capitol grounds.

“We know that he was not a good person,” said Klima. “He had nothing to do with any heritage organization…He was holding a small stick flag that was a Confederate flag and he had a Gold’s Gym T-shirt on.

“But the narrative was not that if you go to a Gold’s Gym, somehow you’re a racist,” he said. “(He’s) holding this little stick flag therefore (his) whole persona has got to do with the Confederacy. I mean it was a false narrative, but it was one that the media ran with.”

On the contrary, “our organization is open to all races, colors and creeds…It’s really a melting pot of races and ethnicities,” he said. “If anyone is associated with any type of hate group, they’re not eligible. We do not allow them in.” 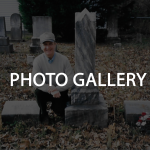 Originating in 1871, The Maryland Division of the Sons of Confederate Veterans evolved from the Society of the Army and Navy of the Confederate States, an organization of Confederate veterans and their families that raised money to help veterans in need and to pay for burial expenses.

On a national level, the Sons of Confederate Veterans is the oldest organization for male descendants of Confederate soldiers, according to the group. Founded in 1896, it now includes 35,000 members in more than 800 local chapters called “camps” across the country, and in several countries abroad. Members must prove a Confederate veteran lineage through official documentation.

Sons of Confederate Veterans is “a historical and genealogical organization that loves history and defends our ancestors’ good name,” said Klima. The organization is “an historical, patriotic and non-political organization dedicated to ensuring that a true history of the (Civil War) period is preserved,” he said.

Its sister organization, the United Daughters of the Confederacy, was responsible for organizing and raising money to erect most of the Confederate statues in the country.

Once confederate statues became the focus of widespread protest and debate, the UDC assumed a low-profile. Representatives declined to comment for this article.

Speaking up for themselves, said Klima, “is particularly important with all that is going on in the media and the way the history is being changed in the perspective of the war…I think we’re really getting away from the history as (the Sons of Confederate Veterans) knew it.”

That interpretation of history is often referred to as the “Lost Cause,” an ideology that describes the Civil War as an heroic effort to save Southern culture and rebel against federal government interference in local affairs. In this view, maintaining slavery was not a primary reason for the war, an interpretation that is at odds with the majority of Civil War historians and scholars.

“The narrative that the war was all about slavery, I think is really specious,” said Klima. “The war was fought over the fact that the South wanted to leave and exercise their constitutional right as was provided in the compact that was entered into between sovereign states at the time.”

Klima and Zebelean said President Abraham Lincoln was not opposed to slavery. They speak about previous generations of American slave owners, including the colonialists, the Founding Fathers and northerners who shipped enslaved Africans to the Atlantic Coast under the most brutal conditions.

“We lose sight of the fact that New England was terrible in terms of the practices that they engaged in, particularly with shipping through the middle passages,” Klima added.

In the South, by contrast, slave owners “had an economic investment” not to abuse slaves because they had paid for them and needed them for labor.

Zebelean’s great-grandfather, who fought in the war, owned slaves.

“They are still there today,” he said, referring to a tiny graveyard on his family’s property in North Carolina. He said the family of five enslaved African-Americans stayed on the plantation when his great grandfather went to war. After Emancipation, they remained working on the plantation as sharecroppers.

Confederate statues in public places serve to spark conversations about the Civil War.

“If you take the Confederate Statues away,” said Zebelean, “What will prompt young people to ask questions about who these soldiers were and the part they played in history?”

While NAACP representatives have called for the removal of the statues, most residents, black and white, were wary of following the dramatic steps taken by large cities such as Philadelphia, Baltimore and New Orleans. Such a move, they said, would inflame tensions within their small communities and make it more difficult for future generations to understand the Civil War era and the segregationist Jim Crow period that followed. Most residents said they preferred adding more context near Civil War memorials.

According to a 2016 survey conducted by the Southern Poverty Law Center, more than 700 Confederate monuments exist on public property throughout the country. The majority were constructed during a period that coincided with the segregationist Jim Crow era 12 years after the Civil War ended, and during the 1960s.

The Southern Poverty Law Center argues they were erected during that first period as a stern message about segregation and white supremacy, and during the second period as a rebuke to the Civil Rights Movement.

Members of the Sons of Confederate Veterans dispute that interpretation. They said the first period was when the South began to climb out of the war’s economic devastation and reconstruction. The 1960s was the centennial anniversary of the Civil War and many descendents and history buffs chose to commemorate it by erecting Confederate statues.

Klima said there were black members of the Confederacy and “many persons of color who had slaves.”

Kevin Levin, an award-winning Civil War historian and author, called the notion of a black Confederacy “a full-blown myth.”

“The myth is that in the earliest months of the war beginning in 1861 that African-Americans – whether they were free or enslaved blacks – volunteered and were welcomed into the Confederate army as full soldiers equal in status to white soldiers in the Confederate rank and file,” Levin said.

“In recent years, there has been an emphasis upon the racial aspects” of the Civil War, Klima said. “I don’t think it’s a good thing. I think it’s a division thing.”

It’s not the narrative he or other Civil War descendents grew up with.

“It seems to be a relatively recent narrative where the war is used as a device to divide us as opposed to unite us.”