COLLEGE PARK, Maryland — Though many in the Washington, D.C. metro area were anticipating gloomy weather this week, the sun seemed to stay out longer than expected.

However, further south, Hurricane Florence has already begun affecting parts of the Carolinas and is expected to make landfall Friday afternoon, according to a National Hurricane Center report. Over 1 million people were encouraged to evacuate, with the storm threatening to be one of the most devastating to reach the East Coast in decades.

Meteorologists have kept a close eye on the storm as it jumped between different storm categories throughout the week. The scale ranges from 1 to 5 and is based off of wind speed.

#Florence is now a powerful Category 4 hurricane with maximum sustained winds of 130 mph. #GOESEast captured this close-up of the storm’s eye as it continues tracking toward the southeastern U.S. Latest: https://t.co/vziaU0pOhE pic.twitter.com/SvHPKYGZsC

Maryland Governor Larry Hogan declared a state of emergency, though the state is on the edge of the hurricane’s predicted path.Hogan urged the state to be cautious of heavy rains and flooding.

.@wjz: Maryland Declares State Of Emergency Ahead Of #HurricaneFlorence https://t.co/Y8n6xCivuB

And with eyes on the Category 4 storm, it seemed likely that it could rise to a Category 5.

It’s time we start considering the real possibility that #Florence becomes a category 5 hurricane (157 mph or stronger). Winds are currently at 130 mph and it has nothing but warm waters ahead of it to feed off of. #HurricaneFlorence pic.twitter.com/VV8WWfRucn

But earlier today, the storm weakened as it came closer to the coast.

Those along the coast should still proceed with caution, according to experts.

BREAKING: Hurricane Florence downgraded to a Category 2 storm but is still considered extremely dangerous and life-threatening.

In fact, forecasters suggest not paying much attention to the category.

Forecasters warn the Category 2 storm is as dangerous as ever: “Do not pay attention to the category. That’s not the important thing,” said @alroker.

The Weather Channel is still considering the storm a Category 5 flood threat.

Flooding remains a concern, even for Maryland. Follow the Maryland Emergency Management Agency to stay updated on the latest on Hurricane Florence and its impact on Maryland.

While Florence has appeared to change track, flooding is still a concern for Maryland.  We will continue to support our partners at @NCEmergency, @SCEMD, & @GeorgiaEMA and assist if and when they need us. https://t.co/iSZco7vSgH 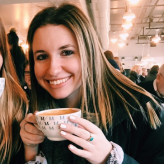