The bills represent the first phase of a $50 million strategy that aims to remove 10 buildings from lower Main Street to reduce the danger of rushing water and debris that ripped through the town’s Historic District during recent floods.

The county is proposing razing 19 buildings in total. The design includes the expansion of a stream channel that would lower flooding from 12 feet in some areas of the Historic District to four to six feet.

“I really believe this is the way we can save our town,” Howard County Executive Allan Kittleman told Capital News Service last week. “If this flood mitigation plan does not go forward, I worry that we’ll lose the town completely. It’ll just become a ghost town.”

Ellicott City experienced two, rare thousand-year rain storms over a 22-month span, according to the National Weather Service. The first flood was on July 30, 2016, the second occurred on May 27.

County officials have been studying for several years ways to minimize swift flowing flood waters that have caused millions of dollars in damage to roads, utilities, and buildings, the closing of several businesses, and the loss of three lives in 2016 and one in May.

Beth Woodruff sleeps with life preservers and helmets under her bed.

She shares a historic home on Main Street with her 11-year-old son, and watched the last two floods from her second-story window.

“My only other choice if this plan didn’t move forward and we weren’t made safer was to walk away from my home,” said Woodruff. “I can’t risk my son’s life and my life any longer.”

Kittleman and Councilman Jon Weinstein, Ellicott City’s representative on the council, proposed the five-year mitigation plan during a legislative hearing on Aug. 23, less than six weeks ago.

“Now we are on notice. We’ve had two on our watch,” said Kittleman. “Councilman Weinstein and I are committed to not to ever let that happen again. We want to make sure our town’s around for another 250 years.”

Opponents of the plan say that it is being rushed and does not go far enough to reduce the danger of flash flooding, and that the demolition of historic buildings cannot be undone.

“I’m not convinced there isn’t a better option out there that would further reduce water on Main Street,” said Jen Terrasa, one of two council members to vote against the funding bills. “I think this might give people a false sense of security when there is still a risk of dangerous flooding.”

Calvin Ball, a Democratic candidate for county executive running against Kittleman, a Republican, also voted no.

“Faster is not always better – and in the case of Ellicott City, it’s certainly not safer,” said Preservation Maryland Executive Director Nicholas Redding in a statement released hours before the vote. “Rushed legislation for the sake of passing something is not good governance.”

Preservation Maryland is the state’s oldest historic preservation non-profit dedicated to preserving historic buildings, neighborhoods, landscapes and archaeological sites, according to its website.

Last week, the advocacy group financed a survey conducted by Mason-Dixon Polling and Strategy that found 74 percent of Howard County voters support alternatives to the demolition or removal of buildings in the Historic District.

The poll also reported that 43 percent of respondents did not believe the county should spend $50 million on a plan that would likely leave four to six feet of water in the flood stream during a catastrophic flash flood.

However, considerable support for the flood mitigation plan was voiced in public testimony during a legislative hearing in Ellicott City in September, and many attendees of Monday night’s hearing brandished signage with favorable messages about the proposal.

“We can’t stop flooding from happening altogether, but we can make it so that it’s not going to be a threat to human life and we can protect property better,”  Kittlemen said in an interview with Capital News Service last week.

Some business owners who have lived and worked in the town for decades see change as something that is an unavoidable and natural progression.

“I’m a realist. I think it’s an inevitability. My position on whether it should or shouldn’t happen isn’t terribly relevant at this point,” said Mark Hemmis, owner of the Phoenix Emporium — a bar that will celebrate its 40th anniversary in Ellicott City in November. “I need to look out for the future of my business, the future of my employees, and the future of my family.”

“There were 22 people trapped in the building for three and a half hours,” added Hemmis. “It’s terrifying. I never want to have to go through that again.” 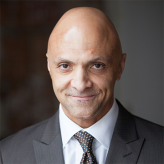