COLLEGE PARK, Maryland — Political candidates use a variety of tools to communicate with their constituents, campaign for office and promote their policies.

In recent years, Facebook has become a popular medium in that toolbox, and incumbent Maryland Gov. Larry Hogan and his opponent, former NAACP President Ben Jealous, are using the platform for these purposes.

To gauge how the two political candidates are using Facebook, Capital News Service gathered data from their public pages from June 26, the date of the Maryland primary, through Sept. 24, the day of the only gubernatorial debate.

Both candidates’ campaign Facebook pages were examined. Hogan’s official governor’s Facebook page was not included in the review.

Hogan’s following is more than 10 times greater than Jealous’—with the pages having 275,927 and 26,024 followers respectively at the time of publication. Hogan’s page is verified by Facebook with a blue badge, whereas Jealous’ is not.

During the 90-day period, Hogan posted on Facebook 412 times, whereas Jealous only posted 199 times. 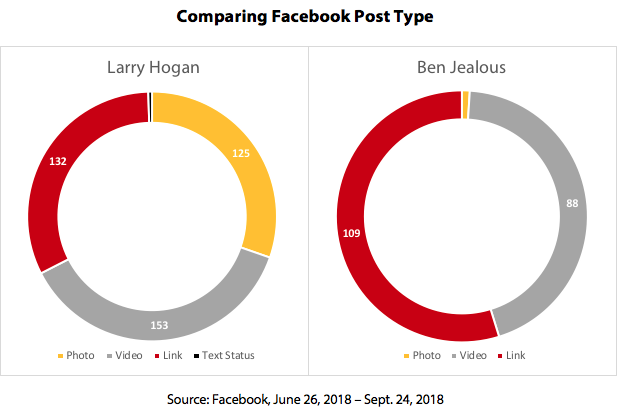 While Hogan seems to prefer posting photos (with 125 posts containing photos), the majority of Jealous’ posts were external links or videos, with many of the videos utilizing the Facebook Live feature. Only two photos were posted on Jealous’ page since June.

Hogan’s most engaging posts included three photos, one video and one link to an article on The Baltimore Sun’s website.

Three of the five top posts were policy- or campaign-related. In the caption accompanying a “Teachers for Hogan” image, Hogan explicitly asks his followers to like the photo “if you think they should focus on more important issues like educating our kids.”

Two of the top five photos honored a national holiday or day of remembrance—Independence Day and the anniversary of 9/11.

However, the most popular post, with more than 3,000 engagements, called on Democrats to vote for Hogan and his moderate platforms.

Jealous’ top three posts were links, two pointing to articles on The Baltimore Sun and another linking to The Atlantic.

Other top posts were Facebook Live videos, one from an event and another featuring him discussing policy.

Reactions, or “likes” and the more recent emoji-type buttons, contribute to overall post engagement figures on Facebook. A study from Quintly suggests that 70.2 percent of all engagements on Facebook come from these reactions. On both candidates’ pages, “likes” account for 82 percent of post reactions. However, Jealous’ posts received more “love” reactions (13 percent) than Hogan’s posts (7 percent).

Though reactions dominate, Facebook users can also engage with posts by sharing them or commenting on them. 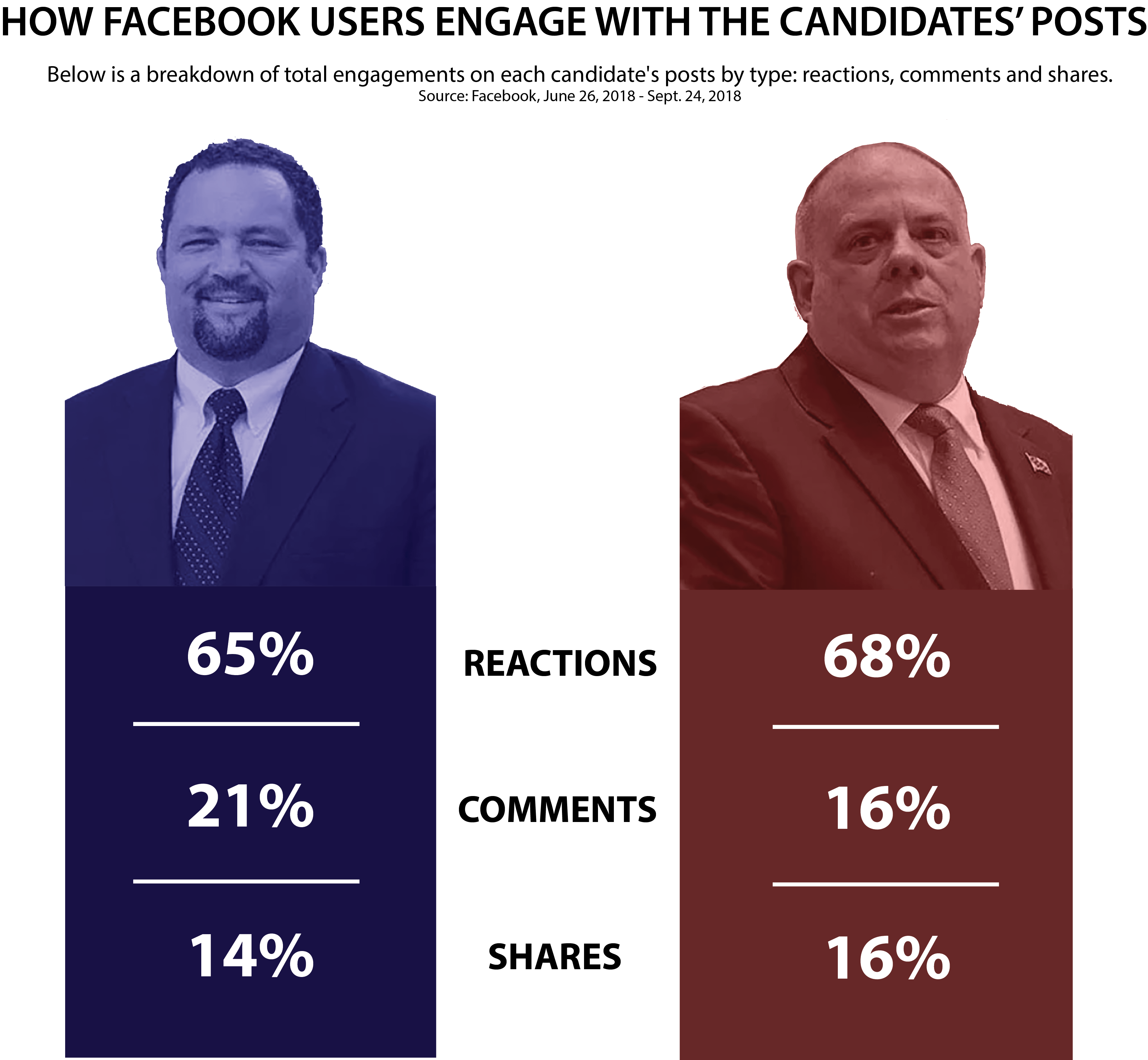 In recent years, Facebook and other social media platforms have become popular among politicians and candidates. Some of the most followed political figures on Facebook include former President Barack Obama, President Donald Trump and former governor and presidential nominee Mitt Romney.

A study from Pew Research Center also found that 25 percent of social media users follow candidates or other political figures on various social media platforms. Almost two-thirds of these users said they follow accounts of politicians who share their beliefs.

CNS wants to hear from you: Why do you follow politicians on social media? ✅ 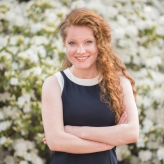