ANNAPOLIS, Maryland — The state of Maryland on Thursday announced a $2.2 million settlement in its suit against the owners of Neiswanger Management Services, a nursing home company that routinely discharged patients when their Medicare coverage ran out and they had no income for further care.

Capital News Service ran a series in September 2016, called “Discharging Trouble,” that shared the stories of several patients who, at the end of their coverage, had been left at the doorstep of unlicensed assisted living homes where they alleged they were assaulted and robbed.

Following the series, the Maryland Attorney General’s office filed suit against the company, which ran five nursing homes in the state, but accounted for about 67 percent of the state’s involuntary patient-discharges between January 2015 and May 2016, according to a complaint filed as part of the lawsuit.

There were 225 other nursing homes in the state at the time, according to the document.

Frosh then argued that by discharging patients in “unfair or unsafe” ways, the company directly violated provisions of receiving Medicaid, which prohibits nursing homes from taking payments for some patients while improperly discharging others.

The state asked the court to charge the company $10,000 per Medicaid claim it filed in the 16-month period.

Neiswanger filed a countersuit in March 2018, alleging the company was being unfairly targeted by state officials, Capital News Service reported.

Frosh said this would be dismissed as a term of the settlement.

In a statement Friday, Ian Prior, a spokesman for Neiswanger Management Services wrote, “The State of Maryland has agreed to walk away from its supposed blockbuster of a lawsuit against NMS, throwing in the towel for a tiny fraction of what it originally demanded. … What the State really gets is this: NMS will drop its retaliation lawsuit against top State officials, sparing them from the embarrassment of a trial.”

Frosh spokeswoman Raquel Coombs said the settlement “sends an appropriate, additional message that this type of conduct is inhumane and unacceptable.”

“As a result of its egregious conduct, NMS is no longer in business in Maryland and is permanently prohibited from returning to business,” Coombs said, adding that “no additional frail, vulnerable patients will be harmed.”

“They were very bad actors; they were taking advantage of the most vulnerable in our state,” Frosh said in an interview with Capital News Service this week. “They were not providing a level of care that they should have provided.”

He said the company had already stopped offering nursing home care when they reached a settlement, but the state wanted to continue prosecuting the owners of Neiswanger Management Services.

“The point is, these guys were cheating the state, and they were endangering the lives of the people who were in their care, so they are no longer doing business as NMS,” Frosh said. 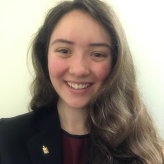 Brooks DuBose is a multiplatform journalism graduate student at the University of Maryland Philip Merrill College of Journalism. He covers state politics and the gubernatorial race for Capital News Service in Annapolis. He has worked as an editor and staff writer for The Diamondback and an editor for PressBox Online. Reach him at bdubose@terpmail.umd.edu and follow him on Twitter @b3dubose.