BLADENSBURG, Maryland – When Steven Lowe first saw a 40-foot cross in a median strip here 30 years ago, he was too busy to think much of it.

But as he drove and biked around it during his retirement, questions started arising in his mind. Why was a cross and not some other symbol there? And, if the cross is on public land, should it even be there?

Now Lowe, of Washington, is part of a legal case on the constitutionality of the “Peace Cross” that will be the focus of oral arguments Wednesday at the Supreme Court.

Lowe argues that the cross is a violation of “separation of church and state,” which stems from the establishment clause of the First Amendment.

Completed in 1925, the massive cross is a memorial to 49 area soldiers who died in World War I. The cross includes the symbol of the American Legion on both sides. The landmark is maintained by a state parks agency.

Unlike the crosses Lowe said he is used to seeing – and takes no issue with – around his neighborhood, the Peace Cross has no accompanying church or graveyard within sight of it. He said he also didn’t know that the cross was a war memorial because he had trouble seeing the plaque at the foot of the stone monument. 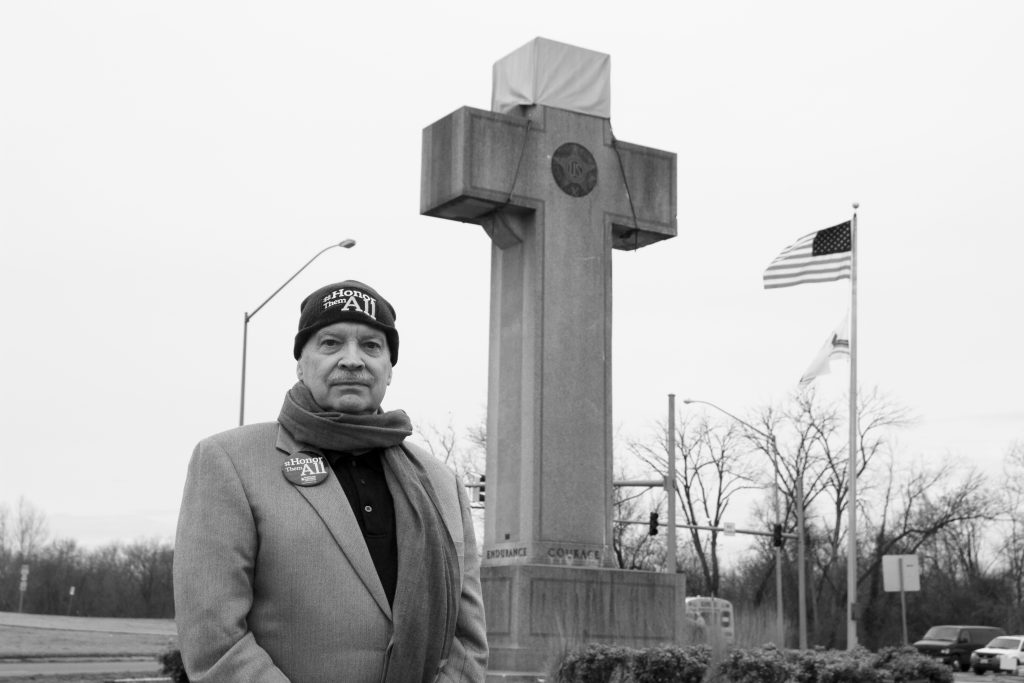 Those objecting to the cross, including the American Humanist Association, assert that the average viewer of the memorial would see it as a Christian symbol on government property.

But lawyers representing the Maryland-National Capital Park and Planning Commission, which currently owns the median strip, and the American Legion, which owned the land during the construction of the cross nearly a century ago, see the monument in a different light.

They argue that the Peace Cross represents the sacrifice of veterans and not religion.

The defenders of the cross fear that if the justices deem the cross unconstitutional, could put two large crosses in Arlington National Cemetery in northern Virginia in jeopardy.

But Lowe said the two at Arlington are not at all a target in the case.

“We are not challenging those, and we don’t think they are challengeable because they are in a different kind of setting,” he told Capital News Service. “They are in a cemetery, so we think that’s materially different, substantially different, and therefore not affected by a precedent of this case.”

In fact, Lowe said the Bladensburg monument is an isolated case as the “most egregious” example of a highly visible cross on government property. 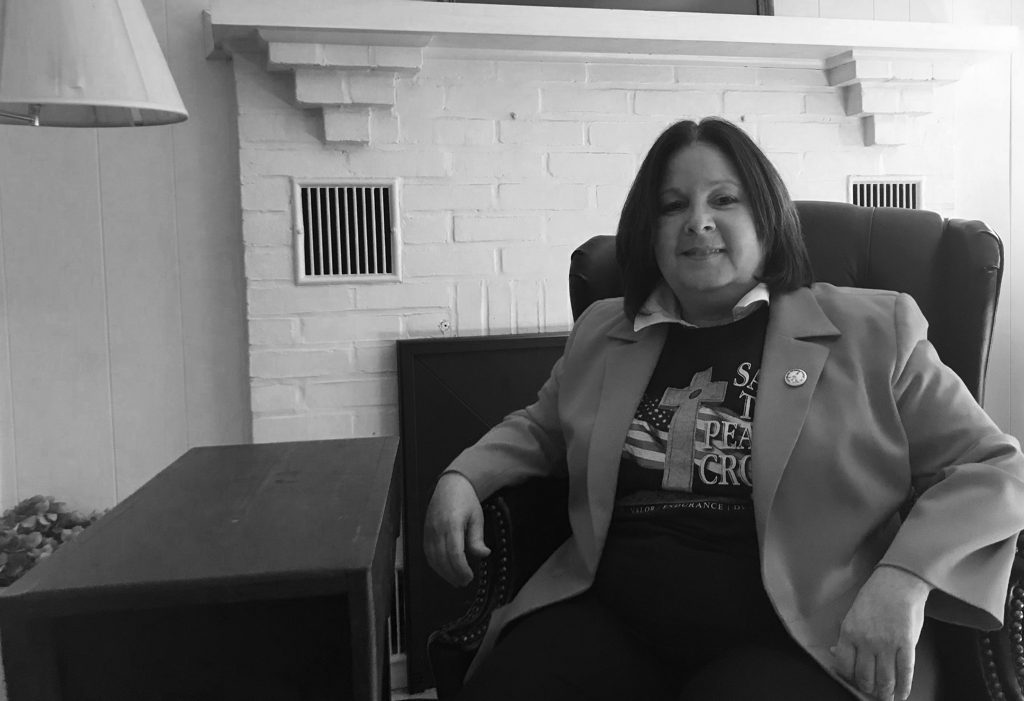 Renee Green, a documentary filmmaker of Annapolis, Maryland, disagreed. She interviewed families of men recognized by the memorial and residents of the Bladensburg area who identified either as Christian, Jewish or, in one case, atheist, she believes the majority of local residents do not see the cross as a religious symbol.

Green said that she met some local business managers who offered to buy the land, others who offered to repair and restore the cross, and one Jewish resident who claimed, without mentioning religion, that the Peace Cross was a stable focal point for her during a rough time in her life.

Green said she believes that those challenging the constitutionality of the cross aren’t honestly bothered by it, but rather “they want to enforce their rights on us…. That’s what this is all about.”

“They want to jam their agenda down our throats,” Green argued.

Green wore her “Save the Peace Cross” t-shirt while speaking with CNS reporters to promote her documentary film by the same title, currently available in segments on YouTube.

Green said that the cross should not be taken down since it represents a “gravestone.”

Lowe, who is an atheist, countered that “no one is buried here, so this is not a gravestone.”

Cross supporters, Lowe said, “don’t see these issues as clearly as someone who is not a member of the majority would see them.”

“It’s just that idea of (a majoritarian) point of view is sometimes blinded to the offense, or the oppression, or the dismissals that are felt by other groups that are not in the majority,” he said.

When asked why it took him more than a decade to decide to fight for the removal of the cross, Lowe admitted that “minorities put up with a lot when they’re not in the majority,” but now he feels “empowered” by the growing number and political strength of humanist and atheist groups.

While speaking to CNS, Lowe pointed out his “honor them all” pin and hat to say that he was concerned that the World War I memorial didn’t represent soldiers who weren’t Christian. He added that American soldiers and sailors never fought a war for religious reasons, “so to represent them with a cross seems illogical.”

When the lawsuit was first filed by the American Humanist Association and others in 2014, the District Court for the District of Maryland said that the cross could stay. But the U.S. Court of Appeals for the 4th Circuit ruled in 2018 that the cross violated the First Amendment’s prohibition against the government establishment of religion.

Religious groups, law firms, and state governments have filed more than 70 amicus briefs weighing in on the case. The state of Maryland filed a brief in support of the constitutionality of the cross, signed by eight state senators. Gov. Larry Hogan supported the brief in a press release.

Jesse Nash is a journalist in the Capital News Service Washington D.C. bureau. He has worked as a writer for the Mitzpeh and as a photographer for The Left Bench.

Victoria Gomes is a Broadcast journalism and Psychology double major at the University of Maryland with a passion for understanding events by analyzing the motives of the people behind them. She is a reporter in the Capital News Service Washington Bureau. She previously worked for ABC7’s Good Morning Washington, where she assisted with production, social media management, photo/video editing and news writing. She is also a self-proclaimed bubble tea connoisseur and proud puppy momma. Reach her at vgomesb@terpmail.umd.edu and follow her on Twitter/Instagram @puravickygomes.