COLLEGE PARK, Maryland — When people in the Washington region think of wine, they may first think of Virginia. The state of Maryland may lag behind the Commonwealth in the production of the beverage, but it has a long history of winemaking.

The earliest instance of wine production in the state reported was 1648 by Tenis Palee, according to the Maryland Wineries Association (MWA). The MWA, a nonprofit organization founded in 1984, represents commercial wineries Maryland.

This March marks the third year of the Maryland Wine Month celebration and several wineries in the state are joining the campaign on social media using the hashtag #MarylandWineMonth.

Pack a picnic to eat by the fire, grab some friends, and join us at the winery today from 12-5pm in celebration of #MarylandWineMonth. Get a glass of our awarding winning MD-32 wine on sale for only $5 a glass and $20 a bottle until the end of March. Cheers! 🍷

March is Maryland Wine Month! As you may have noticed, we have a lot of Maryland pride here. Be on the lookout for some fun information on our Maryland-themed wines over the next few weeks. But in the meantime, join us here at the winery or explore other Maryland wineries and find something you love! #marylandwinemonth #marylandwine #maryland #marylandpride #marylandproud #linganore #winery #drinklocal #md #bestflagintheUS

A post shared by Linganore Winecellars (@linganorewinecellars) on Mar 1, 2019 at 1:36pm PST

March is Maryland Wine Month! Check out our local section and visit Bin201.com to see all the fun local wineries who will be hosting free tastings in March. #marylandwinemonth #blackankle #greatfrogs #tgif #crowvineyards

MWA Executive Director Kevin Atticks said in an email that March was chosen “to highlight the industry when new wines are released and to help drive visits.”

He added that March is a slow tourism month for Maryland as a whole. However, it’s a busy one for wine production, as many wineries bottle their whites and some reds during this month.

Statistical reports from the U.S. Department of the Treasury Alcohol and Tobacco Tax and Trade Bureau (TTB) showed a spike for Maryland winemaking in March as well.

Though Maryland wineries may be more active than people think, the state’s numbers still don’t stack up to Virginia’s.

We analyzed data from the TTB from January to May of 2018 and found that Virginia wineries produced almost six times more wine than Maryland’s. Despite that, the MWA reports representing approximately 80 wineries, whereas Virginia is home to more than 270, according to data from Statista.

*Bulk means quantities over 60 liters, while bottled refers to four liters or less in capacity.

If you’re looking to celebrate Maryland Wine Month, or simply want to take in the sights that some wineries offer, check out our interactive map of Maryland wineries. 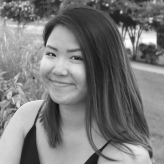 Kelly Zheng is a journalist in the Capital News Service Audience Engagement bureau. She works as a social media editor for Stories Beneath the Shell and The Campus Trainer and a page designer at The Diamondback. This past summer, she was an editorial intern at Girls’ Life magazine.