COLLEGE PARK, Maryland — After defeating the Belmont Bruins in their opening game of the 2019 NCAA Division I Men’s Basketball Tournament, the Maryland Terrapins suffered a devastating loss to the Louisiana State University (LSU) Tigers on Saturday, ending their season.

Maryland fell behind as much as 15 points, but a switch to a defensive zone completely halted the Tigers offense in the second half. Maryland came all the way back to take the lead with just under six minutes remaining in the game. With the game tied under with a minute to go, LSU hit a go-ahead three-pointer, but Terrapins freshman Jalen Smith tied it once again with a three-pointer of his own.

The game come down to the wire when LSU guard Tremont Waters hit a tough, driving layup with 1.6 seconds to go, which put the Tigers ahead for good, ending Maryland’s season.

TREMONT WATERS FOR THE WIN!

So much Shabazz Napier in Tremont Waters….

While Waters did make an amazing shot, there was some controversy on the play. Here’s how Twitter reacted to what may have been a traveling violation:

Tremont Waters traveled on his game-winner. Your gather step counts as a step in college, which means he took three steps pic.twitter.com/Biw6ykzX8w

Tremont Waters wears No. 3 because that’s how many steps he took before that shot.

The Terps, one of the youngest teams in the country, exceeded most expectations many had for them this season. Four freshman, Smith, Eric Ayala, Ricky Lindo Jr. and Aaron Wiggins, all played significant minutes on a Terrapins team that won 23 games this season.

In a tournament that lacked drama throughout the opening weekend, the Terrapins and Tigers put on a show in one of the best games of the tournament so far.

In the end, the Terps played their hearts out and managed to hold their heads high after the loss.

I LOVE YALL TERP NATION.❤️
I know rn it sucks for all of us, but there’s so much to be proud of, and even more to look forward to.
I have nothing but one thing on mind. And it’s to make You, My Family and Angola Proud and represent you the best of my ability.#CWM#HelluvaYear pic.twitter.com/5esXa9sP78

Despite a heartbreaking loss to LSU in his last game as a Terp, senior Andrew Terrell only had good things to say about his time with Mark Turgeon. pic.twitter.com/EjCcHYW7aJ

Thank you for an incredible season and a fight to the very end! #FearTheTurtle https://t.co/L9gmkibR9G

While the Terrapins suffered the tough defeat, LSU players lived to see another day.

The No. 3 seed in the East region was thrilled to advance to the Sweet 16, where they have a date with the No. 2 seed Michigan State Spartans on Friday evening at Capital One Arena in Washington, D.C. Here’s how the victorious LSU Tigers reacted to their victory.

For all of the people out there counting steps & saying the game winner included a travel…Tremont Waters has a great response 😂😂#LSU #Sweet16 #MarchMadness pic.twitter.com/azrPpYLUpt

“I feel like every kid, dreams of that moment.”#LSU Tremont Waters on his game-winner as the Tigers are on their way to the Sweet 16. @WAFB pic.twitter.com/IDo7LqffIK

“It is a very humbling feeling. I’m going to keep going out and continue to make plays for my guys.”

Tremont Waters talks about his amazing finish that helped seal the game for @LSUBasketball. pic.twitter.com/iwqAmqSjWo

“We just knew we needed to get this one for him.”

Tremont Waters says this one is for his late teammate Wayde Sims#MarchMadness⁠ ⁠ pic.twitter.com/oYGeFrM2qT

Although the Terps suffered a gut-wrenching defeat, Terrapin alumni Scott Van Pelt summed it up best.

Baton Rouge, you know I love ya. What a battle.

Thank you @TerrapinHoops for the ride. Sad to see it end but proud of the fight. pic.twitter.com/1CoebMcC2K 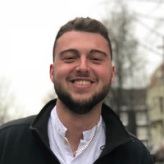