ANNAPOLIS, Maryland — Just one day after Baltimore Mayor Catherine Pugh announced she was was taking a temporary leave of absence, her replacement met with the Baltimore City delegation Tuesday morning in Annapolis.

Pugh’s leave comes as she is under scrutiny for undeclared sales of children’s books to and through organizations doing business with the city or the state.

In a statement her office released on Monday, Pugh announced she was battling pneumonia and “feels as though she is unable to fulfill her obligations as Mayor of Baltimore City.”

She will be temporarily replaced by ex-officio Mayor Bernard “Jack” Young, Baltimore City’s council president. The 64-year-old Democrat earned praise from the members of the delegation, who expressed confidence in his ability to lead.

“He’s a homegrown talent. He’s been an elected official for a very long time,” said Delegate Cheryl Glenn, D-Baltimore. “He knows the city, he has the heart of the city, and we’re going to work together. Baltimore’s going to be fine.”

Sen. Bill Ferguson, D-Baltimore, added: “I’m still angry about the whole situation, but I will tell you a meeting with ex-officio Mayor Young, I feel a lot better this morning. I think he is taking this role extremely seriously.”

While Young did not say whether he wanted Pugh to return, he did say he would “take hold of the helms and run the city” in the immediate term. He also referenced an investigation into the mayor’s book deals by the state prosecutor — which Gov. Larry Hogan, R, announced this week — and said the state would do its due diligence.

The Baltimore City delegation members dodged the question surrounding Pugh’s future. Ferguson said he hoped Pugh is “doing some real soul-searching,” and said “this is such a distraction from where we need to be and the issues that we should be focused on.”

“I think it would be selfish of her to try to provide leadership at a time where she’s not feeling well,” Sen. Antonio Hayes, D-Baltimore, said, “and I think she used good judgment in stepping aside in this moment.”

Young spent his first full day Tuesday as ex-officio mayor at an event to unveil Jackie Robinson Way at a local YMCA, before he held his first press conference in the Baltimore City Hall Building. 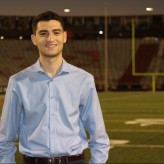