Although the average college campus generates about 169,000 pounds of uneaten food every year, the College Park chapter of the Food Recovery Network has recovered over 274,000 pounds of food waste to date, and this number is still growing.

The Food Recovery Network (FRN), a nonprofit food waste recovery organization founded by four University of Maryland students in 2011, donates uneaten food from college dining halls to groups such as Christian Life Center in Riverdale Park and, in the past, other organizations such as Family Crisis Center in Brentwood. There are now eight FRN chapters in Maryland and  230 chapters across the nation, accounting for over 3 million pounds of food recovered.

“The Food Recovery Network started off at the 251 North diner, so we recover from 251 every single week night, while we recover from North Campus Diner only a couple times a week,” said Nishu Hosamane, vice president of FRN. In the past, the organization has also saved food from South Campus Dining Hall and the Adele H. Stamp Catering Kitchen.

According to Hosamane, FRN goes to 251 North and packages uneaten food in pans, sometimes with the help of dining hall staff if not enough volunteers are present.

This semester, the organization is reviving “sports recoveries,” essentially going to stadiums like the Xfinity Center and the Maryland Stadium after basketball and football games to recover uneaten food.

“It’s super important because it provides food for [our partners] during the weekends because we’re only at diners on the weekdays,” she said.

This semester, the organization has rescued over 7,000 pounds of food so far. This includes protein, dairy, grains, produce and desserts.

“We follow pretty strict guidelines when it comes to splitting up vegetarian food and meat so it’s not cross-contaminated for people who are vegetarian,” said Hosamane. “Then we package up the food and we take it to the Christian Life Center.”

From there, Christian Life Center redistributes it to nine other partner organizations, including Meals on Wheels, Bread for the City, the Prince George’s Plaza Day Center for Homeless, among others.

“Ideally we’d like to [recover food] every single night at every single diner but funding is our main issue and that’s why we aren’t able to do that right now,” said Hosamane. “We have enough volunteers for it because we have a lot of interest in volunteering.”

Compared to other universities, the College Park chapter is in the lead. The Towson University chapter has recovered over 12,000 pounds of food waste and Goucher College is close behind, with 7,000 pounds recovered.

Forty percent of food in the United States goes uneaten. This has a few implications.

According to the National Resources Defense Council (NRDC), this uneaten food contributes to a loss of $160 billion per year. College campuses nationwide produce 22 million pounds of food waste annually, but some are making changes to divert food waste altogether. Trayless dining, which contributes to a 25 to 30 percent drop in food waste according to an Aramark study, as well as food recovery programs like FRN, are more common.

Hosamane is unsure if the amount of food waste at the University of Maryland has changed since she began volunteering for FRN three years ago. “The amount of food we’ve gotten hasn’t changed, but that’s based off of the diners, not the students themselves and if they’re consciously making an effort not to waste food.” 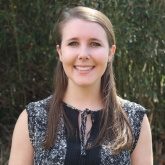