Two former presidents, members of his staff, friends and family repeatedly turned to themes of honor, integrity and justice – qualities reflected in the career of the Democratic congressman from Baltimore.

“People will look back at this moment and they will ask questions,” said former President Barack Obama. “What did you do? And hearing him, we would be reminded that it falls upon each of us to give voice to the voiceless and comfort to the sick, and opportunity to those not born to it, and to preserve and nurture our democracy.”

And whereas most officials are given the title “honorable” upon taking office, Obama said, “Elijah Cummings was honorable before he was elected to office.”

In one of the most emotional moments of the service, the congressman’s widow, Maya Rockeymoore Cummings, addressed President Donald Trump’s Twitter attacks on her husband and Baltimore last summer.

“I felt very strongly that they were trying to tear him down, and we needed to make sure that he went out with the respect and the dignity that he deserved,” she said.

Her voice roared through the church.

“This was a man of utmost integrity! Do you hear me? He had integrity!” she exclaimed.

Rockeymoore Cummings also shared a story from his final days, when Cummings knew his death was imminent.

The medical staff rolled his medical bed to the rooftop of Johns Hopkins Hospital. There, he looked across Baltimore on a clear, sunny day.

Rockeymoore Cummings said the congressman had received a life-threatening health diagnosis more than two decades ago. At that time, doctors gave him just six months to live.

But she said his faith and fortitude powered him far past that sentence.

Cummings was born in Baltimore in 1951 to parents Ruth and Robert Cummings, former sharecroppers with grade school educations. Raised in Baltimore, he dedicated his life to public service and spent 36 years as a civil rights leader and politician in Annapolis and Washington.

“His life validates the things we tell ourselves about what’s possible in our country,” Obama said.

Current and former political leaders from Maryland and the federal government, including a host of members of Congress from both parties and their staffs, Baltimore community members, family, friends, clergy of other faiths, and churchgoers all came early in the morning to pay their respects.

Laura Louden, a 76-year-old Baltimore resident, remembered the congressman for “all his wonderful work in Baltimore. The citizens, the downtrodden. He hasn’t forgotten about anyone in Baltimore, and he took that same zeal to Washington where he fought and continued to fight to his dying day. We loved him.”

As the sun rose over New Psalmist Baptist Church on Friday, the thousands waiting to pay respects to Cummings smiled and exchanged warm embraces. Colorful coats and joyful greetings made the event more celebratory than somber.

Those who could find a spot in the church entered to joyful hymns from the choir, whose singers swayed — eyes closed and hands outstretched — behind a wide banner with Cummings’s photo. The 4,000-person capacity church was full, reverberating as the choir sang.

Rev. Matthew Watley said the service was an homage to the congressman’s commitment to his hometown and his faith. He worshiped at the New Psalmist Baptist Church for nearly four decades.

“We gather today for a home-going celebration, for a fallen soldier in the army of the Lord,” he said.

Cummings’ daughters gave glimpses into what it was like calling him dad. They recounted memories of getting ice cream at the harbor, learning to ride their bikes, getting 3 a.m. phone calls or texts when he’d remind them how proud he was, Christmas gifts he would handpick for them and their long conversations about each other’s lives.

Pelosi and the 42nd president praised his ability to make friends across the aisle, even during the current divisive political moment.

“It wasn’t about politics for our Elijah,” the former first lady said. “He led with his soul.”

The former president seemed to make a subtle contrast with the current occupant of the White House: “You know, you can’t run a free society if you have to hate everybody you disagree with.”

Sen. Elizabeth Warren, D-Massachusetts, read scripture from the Old Testament toward the beginning of the ceremony, as one of her chief rivals for the 2020 presidential nomination, former Vice President Joe Biden, sat in the front row. Other presidential candidates looking on included Sens. Kamala Harris, D-California, and Amy Klobuchar, D-Minnesota.

Cummings was heavily involved in his funeral proceedings, multiple speakers remarked. “He dictated every aspect of his service today,” Rockeymoore Cummings said.

The church’s pastor, Bishop Walter Thomas, emphasized Cummings’s strong faith and love of church, where his pastor said he attended Sundays at 7:15 a.m. Cummings even invited Clinton to attend services with him 21 years earlier, an appearance that many in the church seemed to remember.

“For 37 years he sat in this church, but for all his life he was a servant of the Almighty God,” Thomas said.

Thomas said God helped Cummings in his work, exclaiming, “Take you from South Baltimore and put you in Congress — don’t tell me what God can’t do!”

Warren Smith, 68, who first befriended Cummings about eight years ago after calling his congressional office with a question, said he became a steadfast source of guidance when Smith personally, or his community, experienced problems.

He last spoke with Cummings on October 13, just days before his death.

“I could hear the weakness in his voice,” Smith said, but added that the congressman never let his physical condition overpower his spirit. “He never surrendered to his illness,” Smith said. “That’s a strong man.”

Mfume said he often received a call from Cummings on his birthday. When Mfume’s birthday passed on Thursday, the phone’s silence was especially difficult. 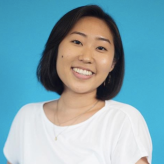 Horus Alas is a master's student at the Philip Merrill College of Journalism. His chief areas of interest are political reporting and public policy. He has edited web content for NASA and written for the University of Maryland's student newspaper, The Diamondback.