Although Presidents Day is held in February because of its proximity to the birthdays of George Washington and Abraham Lincoln, the federal holiday is regarded by many as a day to honor all of our presidents and the contributions that they have made to United States history.

The Uniform Monday Holiday Act established that this celebration would always take place on the third Monday of the month to provide federal employees with a three-day weekend.

If you’re looking to celebrate this holiday, the Capital Region is a great place to be. Aside from the National Mall (and the hordes of tourists that come with it), there are a number of presidential homes and historical sites throughout Washington, D.C., Maryland and Virginia. Here are some places you may not have known about:

In the 1700s when George and Martha Washington resided there, Mount Vernon was around 8,000 acres comprised of an estate, gardens and farm land. Today, the website says that approximately 500 of those acres have been preserved and are open for guests to step back in time and see how our first president lived. Along with the mansion and gardens, the grounds include museum galleries, shopping and dining.

Located along Embassy Row, Woodrow and Edith Wilson called this Georgian-style house their home from the last day of his presidency in 1921 until their deaths in 1924 and 1961, respectively. Now a museum, the home has been maintained like the Wilsons kept it, including a marble grand staircase, solarium and state gifts and personal mementos that belonged to the Wilsons, according to the website. The museum is open Thursday through Monday, and will be offering free tours on Presidents Day.

Accessibility was a major concern when outfitting wheelchair-bound Franklin Roosevelt’s official presidential yacht. To allow him to move between decks, one of the smokestacks on the USS Potomac was converted into a secret elevator, which consisted of a platform and hand-pulleys. After Roosevelt’s presidency, the yacht was docked in the harbor of Long Wharf Park in Cambridge, Maryland from 1946 to 1960, according to Atlas Obscura. Although the boat has since been moved to the San Francisco Bay Area, the smokestack has remained in Cambridge, where park visitors can see it while taking in views of the Choptank River.

If you’re looking to head outdoors, this lush island pays tribute to a president who spent his time in office fighting for environmental protections. Paths and trailways run through the island, which has a Texas granite monolith, a meadow and a grove of trees and flowers, according to the National Park Service. Visitors can take in the island’s scenery and views of Washington while connecting with nature. The memorial is open year-round during daylight.

A visitor’s center with exhibits that introduce the life of Thomas Jefferson is only the tip of the iceberg at Monticello. From there, guests can tour the main house where Jefferson lived, visit exhibits at the house, take a walk through the plantation’s massive gardens and learn about the experiences of its enslaved people. Specialty tours and events are also offered, allowing guests to create an experience that fits their needs and interests.

President Abraham Lincoln would frequently retreat to his cottage in Fort Totten, where he upheld many of his presidential duties and even wrote the Emancipation Proclamation. The cottage, which sits on the property of the Armed Forces Retirement Home, opened in 2008 after a $15 million restoration project. Visitors can take self-guided tours through four permanent galleries and special exhibits, as well as take a guided tour of the cottage, according to the website.

Belle Grove is not only the birthplace of James Madison, but also served as a headquarters for Union Soldiers during the Civil War. The mansion was opened in 2013 as a bed and breakfast, but is also open for tours. Rooms are furnished with period antiques that help tell the story of life in the antebellum south. Visitors can just walk-in to take a Historic Mansion tour, but reservations must be made in advance for their two specialty tours. The Enslaved Experience and History tour features artifacts from enslaved people across the region, as well as discussion on the contributions Africans made to American culture. The Ghost Hunting tour introduces guests to previous research done on paranormal activity at the plantation and invites them to do their own investigation of the grounds.

The first completed monument dedicated to George Washington is located on the top of South Mountain and was built by residents of nearby Boonsboro in 1827. Taking in the scenic views of the monument is just one of many things to do in the state park. Guests can hike, bird-watch and visit the South Mountain State Battlefield, where a major battle of the same name was fought during the Civil War.

Before work began on DC’s Washington Monument in 1848, the same architect, Robert Mills, designed a monument to Washington in Baltimore that was completed in 1829. Located in the Mount Vernon neighborhood, visitors can visit the monument’s gallery and purchase tickets to climb 227 steps to the top of the recently renovated monument. 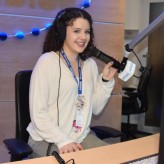