ANNAPOLIS, Md. — To increase diversity in the Maryland tourism industry, a state bill would establish a task force to study how more resources might foster more inclusivity among travelers and providers.

The state has a multi-billion dollar tourism industry, and it’s “important to review their level of diversity and inclusion of Maryland minorities and African Americans in Maryland tourism,” Lou Fields, president of the Baltimore African American American Tourism Council Inc., wrote in testimony to lawmakers.

In 2018, visitors spent nearly $18 billion on tourism in the state, according to a Maryland Tourism Development Board annual report.

Sen. Jill Carter, D-Baltimore, the lead sponsor in the Senate, said at a bill hearing last week that the legislation would make recommendations regarding additional funding to minority tourism entities.

One of the goals of the bill is to promote “equity in tourism,” said Carter.

Senate bill 707 was approved by that chamber unanimously on Thursday.

The bill passed the state Senate and its House version, 1541, had a committee hearing on Thursday. 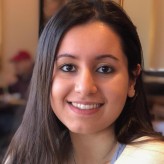