Only 10 percent of investors in Maryland’s cannabis industry are people of color, according to data from the Maryland Medical Cannabis Commission (MMCC).

This figure illustrates the extent to which minorities are excluded from participation in Maryland’s medical cannabis industry, maintaining that those who profit most from medical cannabis do not represent those most often prosecuted for possession both before and after decriminalization.

The data was collected from the Annual Report on Minority and Women Owners and Employees that every licensed cannabis business in Maryland is required to submit by June 1 each year detailing the racial and gender makeup of their business.

CNS collected the data used in this reporting from the reports of each company who submitted their demographics by the June 1, 2019 deadline. Seven dispensaries and two grow/process licensees who were licensed by the 2019 deadline did not submit a minority report, while 17 dispensaries and one grower currently licensed in Maryland are not required to submit a report until June 2020.

There are over 90 dispensaries who are licensed to operate a cannabis storefront in Maryland (though many are not open yet), but the MMCC has distributed only 17 licenses to grow cannabis and 17 licenses to process it into oil, wax or other cannabis products. There are currently ten businesses with licenses to both grow and process cannabis in Maryland.

Currently, only four of 26 companies with a grow or process license are owned by a majority of women or people of color including HMS Health, Seven Points Agro, Kind Therapeutics and Chesapeake Alternatives.

In an effort to increase minority involvement in Maryland’s medical cannabis industry the Maryland General Assembly passed remedial legislation in 2018; the same year black people were twice as likely to be arrested for possession of cannabis than white people in Maryland, despite its decriminalization in 2014, according to a recent study by the ACLU.

In order to receive points for diversity, applicants needed to demonstrate that 51 percent of ownership interest in their company is held by a member of a qualifying disadvantaged applicant group: women, racial minorities or those living in an economically disadvantaged area.

William Tilburg, the Executive Director of the Maryland Medical Cannabis Commission, said the MMCC developed the scoring process in tandem with the Attorney General’s Office, Department of Transportation and the Governor’s Office of Small, Minority & Women Business Affairs.

At least five lawsuits have been filed against the MMCC by applicants for these licenses involving concerns regarding the legitimacy of the minority ownership reported by top ranking businesses and whether the Morgan State University team tasked with scoring and ranking applications was properly qualified.

Tilburg said the MMCC planned to verify the legitimacy of top ranking applicants minority ownership in phase two of the scoring process but instead hired two independent firms to do so following concerns raised by other applicants.

Vicky Orem, an orphan’s court judge in Prince George’s County and founder of cannabis company A Healing Leaf, said she applied for a license to grow and process cannabis in Maryland and has since filed a lawsuit against the MMCC.

“Upon information and belief, we believe what the white male companies have done is possibly put an African American out front,” Orem said, alleging top ranking companies gave temporary ownership share to minority investors with limited company involvement in an effort to increase their applications’ diversity score.

Both Orem’s lawsuit and a separate filing by another applicant, MAS Alliance, include allegations that Shelonda Stokes, a member of the Morgan State University Board of Regents, leads a top ranking company for a new processor license.

Orem said it is her understanding that Acreage Farms, a national cannabis investment firm whose board of all white male advisors includes former Speaker of the House of Representatives John Boehner, is also one of the top ranking applications for a grow or process license.

One of the independent firms hired by the MMCC is investigating whether there was any bias in Morgan State University’s scoring of the applications while the other firm is tasked with confirming the legitimacy of top ranking applicants’ minority ownership.

The findings of the investigation were expected in April but are delayed due to COVID-19, though Tilburg expects the results will be released in the coming weeks.

“The bottom line is that if there were figurehead organizations or applicants who had made false claims within their application, they could essentially be disqualified,” Tilburg said.

Successful licensees tend to be white, wealthy and well connected

Despite an anonymous application process, the vast majority of those previously awarded licenses to grow or process cannabis in Maryland have ties to politicians, law enforcement or out of state cannabis companies leaving smaller cannabis businesses with less capital and connections at a disadvantage.

Phil Goldberg, the C.E.O of Green Leaf Medical (aka gLeaf), said his company was ranked first among applicants for a license to grow marijuana in 2016. gLeaf enlisted the help of Annapolis lobbyist Frank D. Boston III, who has experience working with tobacco companies in Virginia and former Frederick City Police Department Lieutenant Thomas V. Chase. gLeaf is also licensed to grow, process and sell cannabis in Pennsylvania, Ohio and Virginia.

“Depending on who is applying, in order to put together a really high caliber and high scoring application, you have to spend money,” Goldberg said.

The application fee for a license to grow or process cannabis is $2,000 in addition to an annual fee of $125,000 for growers and $40,000 for processors if awarded a license. This does not include the cost of resources like lobbyists, consulting firms and retired police officers, who often help lead security.

Because cannabis remains illegal at the federal level, loans for new businesses are largely inaccessible to the cannabis industry. For that reason, applicants for cannabis licenses require access to large amounts of private capital.

Vicki Orem said the total costs associated with her application were $650,000, including the cultivation site which her company was required to pay for in cash.

The ACLU study reported that in every state, no matter the legal status of cannabis, black people are more likely to be arrested for marijuana despite consuming cannabis at roughly the same rate as white people.

The study also found that three Maryland counties, Worcester, Dorchester and Calvert, were ranked in the top ten for counties with the most arrests for cannabis possession nationwide in 2018, despite decriminalization in Maryland. In Dorchester County, black people are almost four times as likely to be arrested for cannabis than white people.

Orem said it’s important to her for people to know that women and people of color have been systematically left out of the medical cannabis industry.

“All people should have the opportunity to participate in this new industry, and it should not just be limited to those with legacy wealth,” Orem said, “For me, that is the ultimate unfairness of the commission’s failure to diversify this industry, especially because minorities suffered the most when the activity was illegal.” 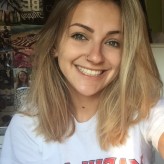