WASHINGTON — This year has been a parade of unprecedented events, and the early voting in the general election is proving to be no exception.

Through Thursday, more than 78 million Americans had voted. Of those early votes, more than 51 million — or approximately two-thirds — were mail ballots, according to the United States Elections Project at the University of Florida.

That showing is shattering records in many states with days to go until Election Day next Tuesday.

“We’ve never held an election like this before,” Ralph Watkins of the League of Women’s Voters Voter Service Team told Capital News Service. “The number of applications for absentee ballots is huge…several, several times larger than it is in a normal year.”

The historic mail-based voting numbers are largely due to COVID-19 concerns, according to Natalie Scala, an associate professor and the director of the graduate programs in supply chain at Towson University’s College of Business and Economics.

In addition to voting in person on Tuesday, Maryland voters can also vote by mail, dropbox, or at early voting locations. Ballots delivered to dropboxes are considered mail-in ballots, according to State Board of Elections spokesman Dave Curley.

The Maryland State Board of Elections reported Thursday that 1,129,154 mail-in votes, which is approximately 67% of requested mail ballots, had been returned to date.

“I think what’s nice in Maryland is that we’re not seeing the type of inadvertent voter suppression that’s happening in other states,” Scala said. “I’ll pick on Ohio, for example — one dropbox in every county right now. Same thing in Texas.”

By comparison, Maryland has set up 284 ballot dropbox locations across its 24 counties and county-equivalents for the 2020 general election as of Thursday, according to the elections board.

As a result, the return rate on ballots has been “insane,” said Michael Bayrd, the Maryland Democratic Party’s political and organizing director.

Bayrd also pointed out the differences in return rates from county to county. County return rates varied between a low of 56.1% in Baltimore County and a high of 76.7% in Kent County, according to state elections data reported online Thursday.

While Bayrd noted that these differences may be related to how convenient it is for a county’s residents to access their dropboxes, the LWV’s Watkins posed other theories.

“We’re a small county,” Garrett County Board of Elections Director Steven Fratz said. “But with that being said, we’re a small workforce — there’s only two people and myself in the office — but I think the county’s just always been close-knit. Y’know, people look out for each other… and we were very low in COVID until recently… and I just think there was a lot of push from the community to vote by mail.”

That said, there has been more of a push across Maryland for mail-in voting from Democrats than Republicans.

According to the University of Florida data, as of Thursday, 69.9% of mail ballots returned and accepted in Maryland were from registered Democrats, compared to only 14.4% from registered Republicans.

This matches the overall national trend, according to Watkins.

At a national level, 50.3% of mail ballots returned and accepted were from registered Democrats, compared to only 25.9% from registered Republicans, the Elections Project reported.

“I think that is in part by the president’s disparaging remarks about voting by mail,” Watkins said, referencing the myriad statements that The Washington Post Fact Checker’s Salvador Rizzo has dubbed  “(Donald) Trump’s fusillade of falsehoods on mail voting.”

“It angers Democrats and makes Republicans distrustful of mail-in ballots, and so I think that produces a change in voter behavior,” Watkins added.

Bayrd noted that the true turnout of Republican voters may not become apparent until Election Day itself.

According to Scala, who has been conducting academic research on elections security for more than three years, mail-based voting is actually “quite secure” from attacks.

“It’s very distributed, so that means there’s no real centralized location in mail-based voting,” Scala said. “There’s all these dropboxes, there’s all these mailboxes, and they’re spread out. So for something to go wrong in mail-based voting, from an attack perspective, every single mailbox, every single dropbox needs to be compromised to have a wide-scale, impactful threat. And in terms of a foreign adversary, that’s not of interest to them — it has a high risk and a low reward. So we do not anticipate a lot of issues there.”

Mail-based voting, Scala added, has not historically proved itself to be especially susceptible to fraud.

The Maryland Democratic Party is working to combat any lingering hesitation about voting this year. While the party has not been able to do in-person canvassing due to the pandemic, it has been actively engaged in phone banking and sending text messages.

However, “it is important to understand that, because the general election in Maryland is being conducted primarily by mail, a complete count of votes will not be available on Election Day,” Curley said in an email.

While all mail-in votes need to be postmarked by next Tuesday to be accepted; as long as they have that proper postmark and the voter oath on the return envelope is signed, mail-in ballots will be accepted until Nov. 13.

Time permitting, local boards of elections will notify voters who failed to sign their ballots so the voters can fix the issue, Curley said.

“Counting of provisional ballots will start on the second Thursday after the election,” he wrote. “These results will be announced when they are counted.”

In the weeks to come, a final count in Maryland will take time, Watkins said.

“We have never attempted to process such a huge volume of mail-in ballots before,” he said. “And although I’m optimistic that a lot of people are going to vote early enough that the board of elections will have processed most of those before Election Day, I still expect there’s going to be a large volume of ballots to be processed after Election Day, and we just need to be patient for those numbers to roll in.” 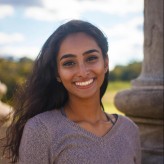