Looking at the unofficial results of the 2020 presidential election in Maryland, one thing is clear: The more things change, the more they stay the same.

As of Thursday morning, 23 of 24 jurisdictions had opted for the same party that they chose in the 2016 election.

Furthermore, 17 of 24 jurisdictions have voted for the same party in at least the last six elections, from George W. Bush’s contentious 2000 victory over Al Gore through 2020. The one exception in 2020: Frederick County, where former vice president Joe Biden holds an advantage of 4.5 percentage points after Donald Trump won the county by a 2.5-point margin in 2016.

A Capital News Service analysis of the unofficial 2020 results and final tallies from 2000–2016 tells a familiar story: Like the rest of America, Maryland’s politics are becoming more polarized.

The counties that Biden leads in 2020 have moved an average of 2.4 percentage points to the left since 2016, and a stunning 10.9 percentage points since 2000. Anne Arundel County hadn’t voted for a Democrat since Lyndon Johnson in 1964 before backing Hillary Clinton in 2016, while Howard County has moved nearly 17 points further into the Democratic column since 2000.

The polarization has been weaker in counties that voted for Trump — especially in Carroll and Harford counties — but it’s still noticeable. On average, Republican counties have moved 1.3 points to the right since 2016 and nearly 6 points since 2000.

Additionally, State Board of Elections data shows that voter turnout has fallen from a recent peak of 78% in 2004 to 72% in 2016 (still well above the national average, which hovers around 60% according to the University of Florida’s Elect Project). Estimates show that voter turnout in Maryland has likely increased slightly in 2020.

The combination of increasing polarization and decreasing turnout has made it extremely difficult for third-party candidates to gain a meaningful foothold. Candidates from outside the two major parties won over 10% of the vote in the Old Line State on four separate occasions during the 20th century, but the days of 14% of Maryland voters supporting Ross Perot are over.

The highest vote share that a third-party candidate has received in the new millennium came in 2016, when Libertarian Gary Johnson won 2.9% of the vote in the first election cycle to ever feature two major-party nominees with negative net favorability ratings, according to Gallup.

When looking at election results, it’s often tempting to simply focus on the electoral college votes and note that once 2020’s count is certified, it will be the eighth consecutive election where Maryland has delivered all 10 of its votes to the Democratic candidate. But even though the top-line result remains the same, the underlying data can still shed a light on the state’s political trends. 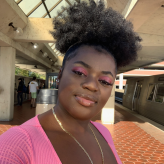