Legislation for control of the Baltimore Police moves to the House
By Kimberly Seif  -  March 5, 2021
159 views

A groundbreaking package of police reform legislation has been passed by the Maryland Senate and now heads to the House of Delegates for hearings and approval.

With bipartisan support, the Senate on Wednesday passed the package of nine bills that aim to increase police accountability, and on Thursday they were referred to the House Judiciary Committee.

Included in this comprehensive legislative package is SB0786, which would transfer control of the Baltimore Police Department from the state to the city for the first time in almost 160 years.

Senate Judicial Proceedings Committee Chair William C. Smith Jr., D-Montgomery, proposed a motion at the end of the Senate session on Wednesday to suspend the rule against voting on two readings for the same bill in one day to allow SB0786 to move through the Senate with the rest of the legislative package.

Five other bills in the package were also approved unanimously, including:

The additional three bills, which include a repeal of the Law Enforcement Officers Bill of Right, the creation of a statewide use of force statute, and Anton’s Law, which would make officer misconduct records public information, passed with a majority.

The opposition to these bills mainly fell on party lines, with Republicans voicing concern that the bill provisions go too far.

“We should definitely expose when wrongdoing has been done and proven, but this bill puts people in jeopardy for doing their job and having somebody complain, and it being unsustained,” Sen. Justin Ready, R-Carroll, said about Anton’s Law, before voting during the Senate session on Wednesday.

SB0786, which was created at the request of the Baltimore City administration and sponsored by Sen. Cory McCray, D-Baltimore, would create a city charter amendment that would allow transfer of control of the Baltimore Police Department from the state and establish it as a city agency.

Baltimore citizens would vote on the amendment during the 2022 general election, Sen. Jill Carter, D-Baltimore City, explained during the Senate session on Wednesday, which Capital News Service viewed.

If voters do not ratify the amendment in 2022, it would be added to the general election ballot in 2024, to be voted on again.

SB0786 was cross-filed in the House of Delegates with HB1027, sponsored by Del. Melissa Wells, D-Baltimore.

Currently, Baltimore is the only jurisdiction in the state that does not oversee its own police department.

The Baltimore City Police Department was made a state agency in 1861, when the Maryland General Assembly enacted public local laws in response to violence associated with the rise of the Know-Nothing Party, according to a report by the Abell Foundation.

Baltimore City Mayor Brandon Scott, D, submitted written testimony in support of the bill, stating that he has advocated for local control of the police force for the entirety of his career in city government.

“Transferring control of the BPD to Baltimore City would enable City residents and local elected officials the ability to set policies and provide oversight without advocating for reform through state representatives,” Scott wrote in his testimony.

The Baltimore City Police Department also submitted a statement in support of the bill.

SB0786 would also create an advisory board, enacted on June 1, 2021, that would be assigned to study potential conflicts that could occur due to the transfer of control and submit a report of its findings to the Baltimore City Council, Maryland General Assembly, and the governor by December 1, 2022, according to a legislative analysis.

The bill received a lot of testimony and support from advocacy groups and Baltimore City citizens while being debated in the Judicial Proceedings Committee.

Charlene Rock-Foster, a Baltimore resident, submitted written testimony to the Judicial Proceedings Committee in favor of SB0786, stating that a city-controlled police department would allow for increased transparency and more community involvement in policing.

“For years, the residents contended with a public safety system that was, and still is, ripe for unfettered violence, misconduct, and corruption, well documented in the media and in books,” Rock-Foster wrote in her testimony.

Senate President Bill Ferguson, D-Baltimore, stated that ongoing police brutality was a “second societal pandemic” during a press conference last week to discuss the legislative package, and that he felt confident this would be the session that effective change would be made.

Sen. Michael Hough, R-Frederick, said during the Senate session on Wednesday, that this package should “serve as a model to the public that on the most heated topic of today” the Senate was able to come together and create a bipartisan solution.

The Maryland Coalition for Justice and Police Accountability gathered outside the Maryland State House on Thursday to protest amendments they believe weakened the legislation, specifically the amendments made to SB0627 to repeal the Law Enforcement Officer’s Bill of Rights, according to a livestream on the group’s Facebook page.

The House Judiciary Committee has not scheduled a hearing for the legislation yet. 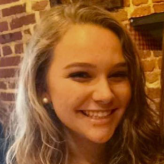